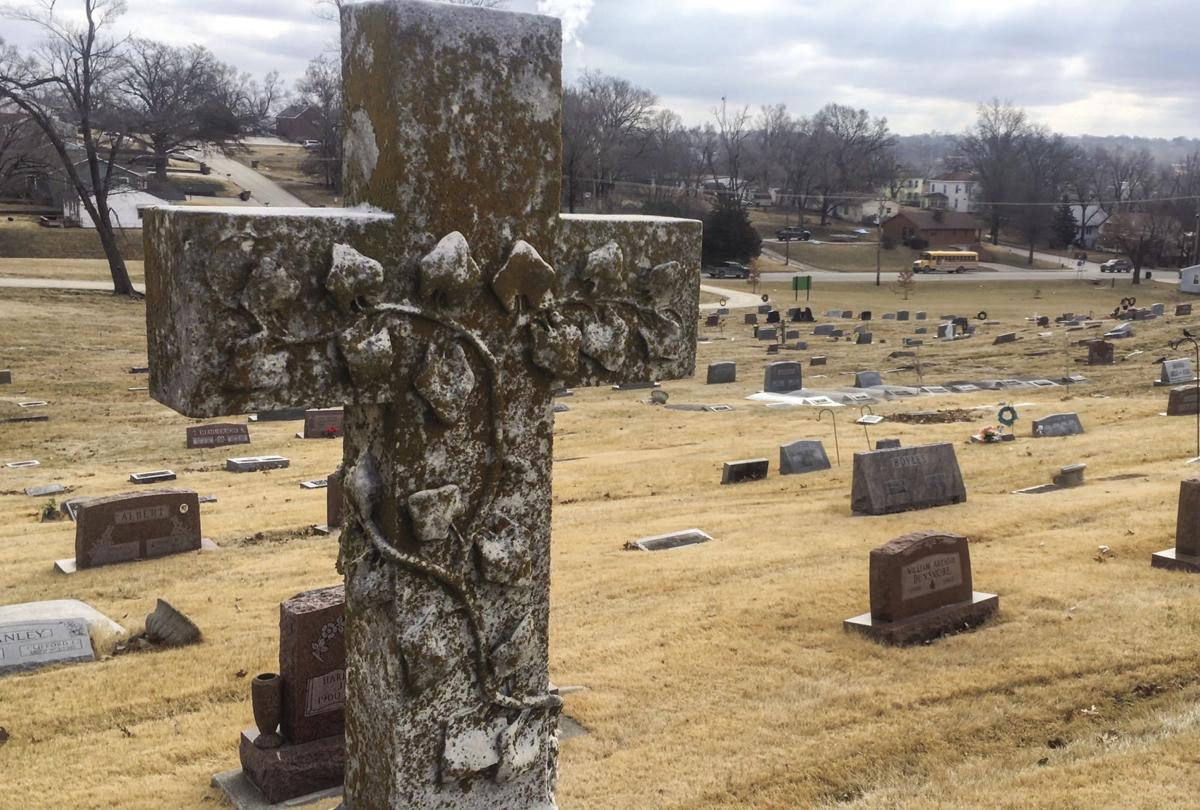 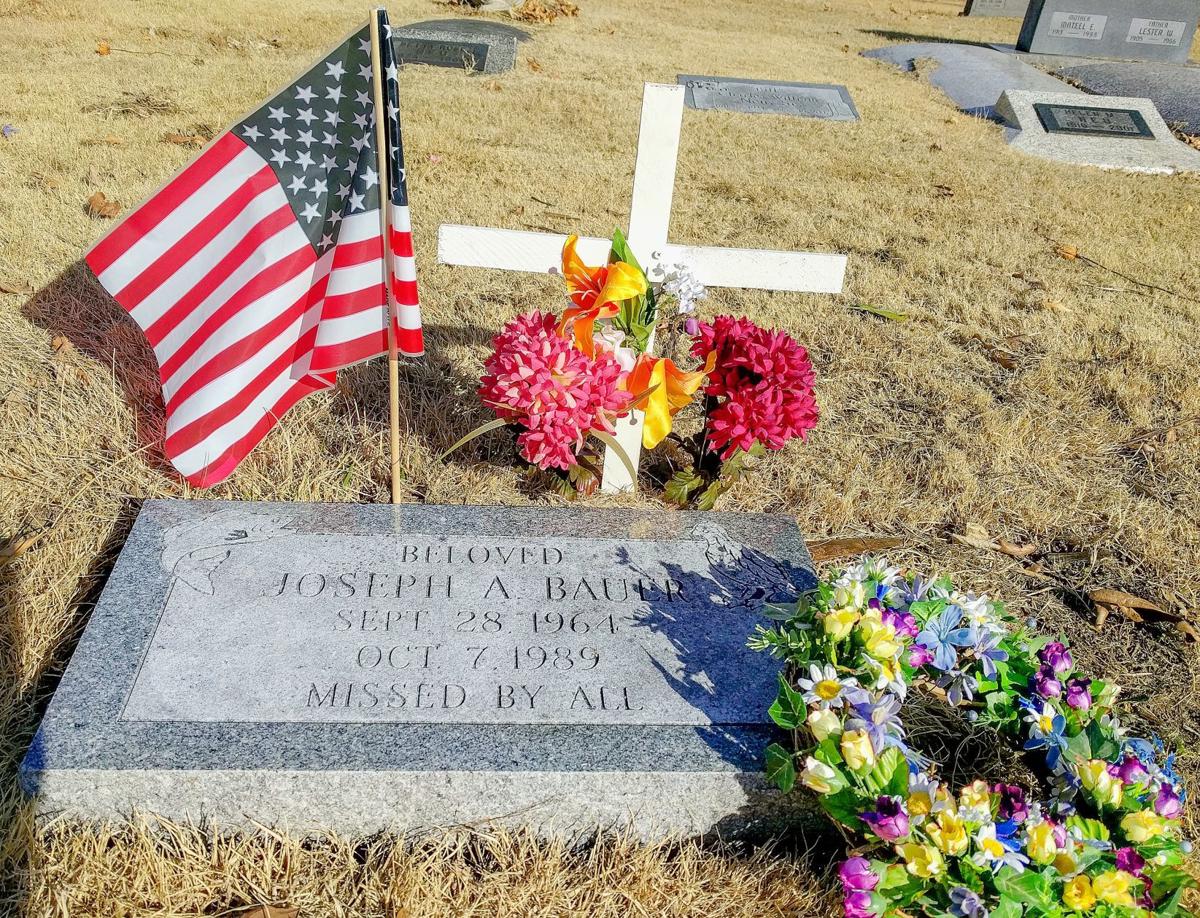 Many graves at Oak Hill Cemetery are lovingly maintained and routinely feature new decorations and flowers. More than 140 graves of an average age of 100 years, according to the City of Atchison, are in far worse shape. 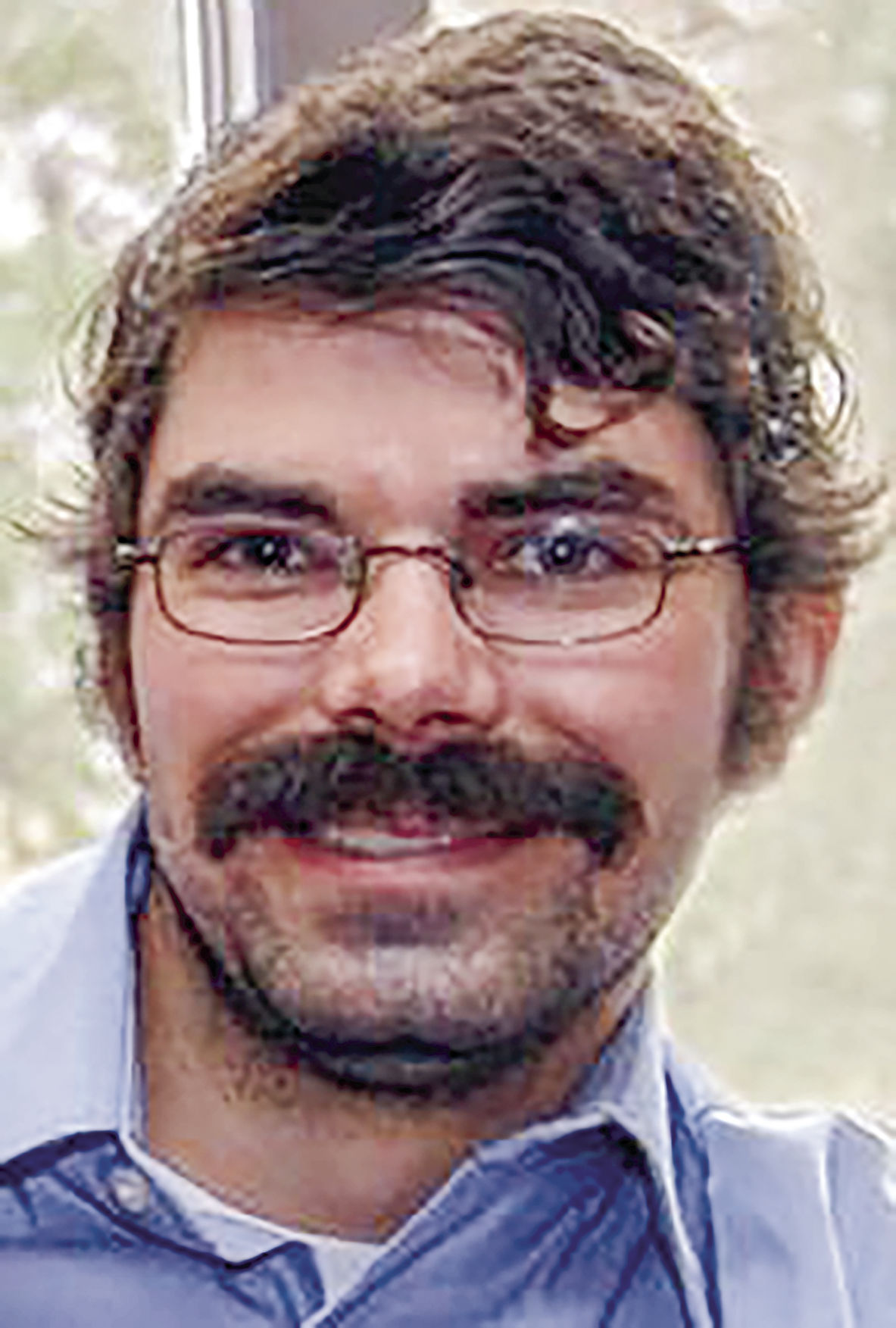 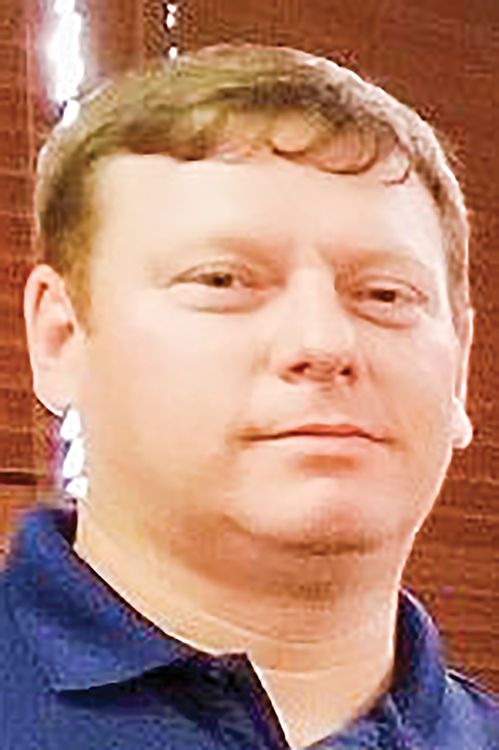 Many graves at Oak Hill Cemetery are lovingly maintained and routinely feature new decorations and flowers. More than 140 graves of an average age of 100 years, according to the City of Atchison, are in far worse shape.

The Atchison native, who graduated from Maur Hill-Mount Academy in 2002 and went on to devote more than 12 years of study to obtain a Ph.D. in archaeology, today works in Portales, New Mexico, as director of the Blackwater Draw National Historic Landmark. His work identifies and exhibits specimens in excess of 10,000 years old that represent the Paleoamerican civilization that existed in eastern New Mexico, as well as the environments and animals those people interacted with.

Above all else, the field of Asher’s work focuses on the preservation of the past. No matter what the living do, in his point of view, artifacts of those who came before must be kept as they are. Most of all, gravestones and other burial markers must be left in place. So, when he learned about the City of Atchison’s new policy regarding the removal of decrepit and toppled gravestones at the municipal burial site, Oak Hill Cemetery, he felt concerned.

The policy, authorized by Ordinance No. 6625, has been enacted on a 4-0 City Commission vote. Commission members J.D. Farris, Abby Bartlett, Mayor Shawn Rizza and Vice Mayor Allen Reavis voted in favor; Commissioner Lisa Moody didn’t attend the meeting amid personal business conflicts on Jan. 21. In addition to setting out how, when and for what reason stones can be removed, the policy makes various changes to Oak Hill’s grave decoration policy. Asher said he focuses his concerns on the question of removal.

“If you remove a gravestone, you’re taking away a name, taking away their history,” he said. “That robs not only current scholars of history and genealogy, but also future generations that want to research their ancestors ... One of the best ways to do that is to go out there and read the stones themselves. If the stones are gone, you can’t do that.”

According to a city government written statement out Friday afternoon, the policy is currently under review in response to public feedback.

“It is important to note that the headstones in question average more than 100 years of age, and the City of Atchison inherited Oak Hill Cemetery by state statute in 1982, after a privately held cemetery board disbanded,” the statement said.

As municipal public works director, Clinton McNemee’s city staff portfolio includes Oak Hill. At the Atchison governing body meeting on Jan. 21, in a presentation to the City Commission, McNemee said that over the last few years, he has identified more than 140 gravestones in need of maintenance, and 47 stones in “urgent need of action.”

“Because, they posed either a serious potential for a hazard or they were already toppled over as a large stone, impeding maintenance efforts,” he said. “We put out a bid to get those re-set, knowing our ordinance puts the responsibility of maintenance on the grave owners or their heirs. We got one bid back; it was close to a six-figure number ... We felt it was too much, it wasn’t feasible for us.”

Following that effort, plans came into being to develop a new municipal policy for dealing with the stones identified as in “urgent need of action.” Ultimately, staff determined it best to remove a hazardous or obstructive gravestone so that any safety concern is resolved and maintenance is no longer impeded. The stones are to be “set aside” for a period of three years, during which time, McNemee said, staff will try to get in touch with affected living family members.

The city government isn’t alone in regarding gravestones to be a potential public safety hazard, and people are occasionally harmed when gravestones topple over at the wrong moment. The most prominent U.S. example from the recent past appears to be the death of a 74-year-old Throop, Pennsylvania, man on March 28, 2015. According to ABC Channel 16 WNEP of Scranton, Pennsylvania, Stephen Woytack had been visiting the grave of his mother-in-law with his wife. When he knelt to attach a decoration onto the stone, it fell off of its base, killing him instantly. An 8-year-old boy suffered a similar fate on Feb. 21, 2017, in Glasgow, Scotland.

The city has persistently cited its desire to prevent such incidents in implementing the new policy, while saying it will be mindful of the need to inform affected families as much as possible. If no one is successfully contacted after three years, or if the survivors take no action to repair or replace their stone, staff will then be authorized to dispose of it.

Under the ordinance, any stone that is removed from its place at Oak Hill will be marked with a metal identification plaque. McNemee explained that if someone were to venture to Oak Hill and find a stone has been removed, staff will look up the metal plaque information and use that to identify who is buried there and what happened to the stone.

However, some of the stones can’t be read at all, so gaps in information already exist.

“Of the 140 some stones that we looked at, the average age based on the date of death — if it can be read — was 1918, so right at about 100 years old,” McNemee said. “It’s just one of those things where you’ve got granite stones that will last for hundreds of years built on top of masonry that’s not designed to do that, and footings that were ... built to last for decades. Then, you put this on a hill, and gravity over time takes over.”

Asher said that even though the ordinance leaves gravestone maintenance in the hands of survivors, a cemetery’s owner has an ethical obligation to ensure that gravestones aren’t removed from the site under any circumstances, at any time.

“It should have never gotten to this stage,” he said. “If the damage to these stones is entirely irreversible, and you can’t preserve these, and you can’t restore them and the situation now supposedly requires removal, that is the consequence of a lack of attention, and really a lack of respect and care that should have been applied to these monuments all along.”

In its statement, the city said it will attempt to find an “amicable solution” to the maintenance issue:

“It is not the intention of city leaders to spend public taxpayer dollars on the repair of privately owned headstones. Even so, city commissioners and staff will seek to work with concerned parties ... Staff are currently researching alternative solutions, and would welcome any public suggestions as to how to handle dangerous headstones moving forward.”

In addition to three members of the public who spoke in opposition to Ordinance No. 6625, at its most recent meeting on Feb. 3, the Atchison governing body heard from one concerned citizen during a public forum for non-agenda items. Aside from that, the number of people who appear to be willing to speak out in depth about their views on the cemetery matter, and the reasons for them, is limited. There has been much social media chatter, but seats stood open for members of the public on Feb. 3. Most of the crowd that did attend opted to leave, after one person spoke on the cemetery matter during the first public forum of that governing body meeting.

Asher hopes he can get a conversation going in Atchison, while he remains in New Mexico, working on his latest archaeological project at the National Historic Landmark.

“It’s our responsibility to do everything we can to restore them and preserve them in place,” he said. “We certainly shouldn’t go in and remove them, and we definitely can’t do that without consulting with descendants and families. Part of the problem with that is many of these individuals have no living descendants, so they will have no voice to speak for them. If nobody reaches out and expresses concern ... there will be nothing to represent these people at all, anymore.”