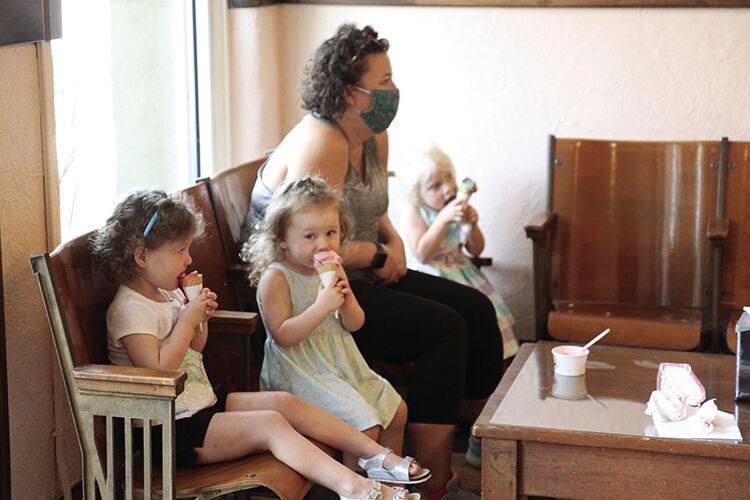 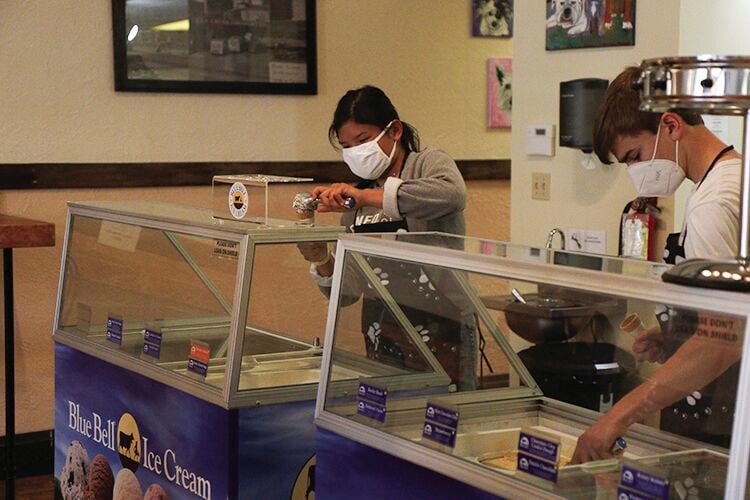 Earlier this year, Mike McCrory filed his business license in hopes of opening Lickity Split Ice Cream in March before the Coronavirus hit the world and threw the shop’s future in potential jeopardy.

“It ended up being OK because I’d rather wait to make sure everything be really clean and have the whole environment be really positive,” McCrory said.

McCrory said the variety of customers the shop has seen has been encouraging.

“I’ve been thrilled with the wide mix from older people, kids or very little kids,” McCrory said. “Yesterday (Tuesday) was more than I ever could’ve asked for. It was a bit much to manage but the team here did a great job.”

Customers filed into Lickity Split on opening day with many relaxing and enjoying their ice cream on the sidewalks and benches of Commercial Street.

The shop even sold out a number of ice cream flavors on its opening day.

McCrory said he plans to add more to the menu of the shop later on but right now the focus is to see what is selling with customers.

“Right now we’re just concentrating on getting our feet on the ground and listening to people on what’s selling,” McCrory said. “I’m an advocate that sandwiches are inevitable and I’ll be thrilled to do that. It’s just a question of when and what kind.”

He also said delivery could be in the shop’s future.

“A piece of fruit, good sandwich and some chips in a box makes all the sense in the world,” McCrory said.