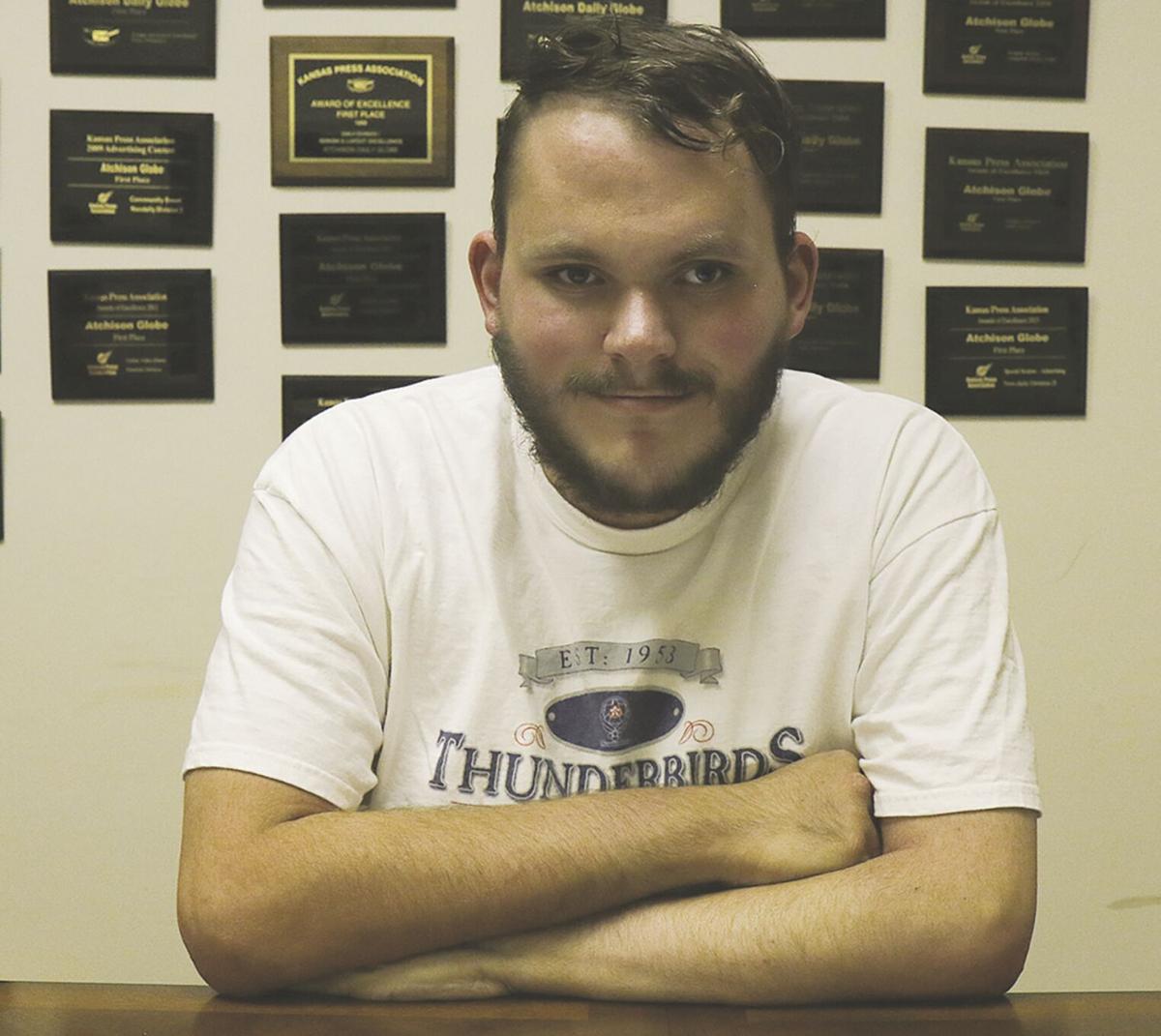 Wyatt Doty is a budding cartoonist residing in Huron with release of publication pending early in 2022.

A sampling of Wyatt Doty’s comic creations featuring his characters Willy the Bat and Owen the Bulldog.

Wyatt Doty is a budding cartoonist residing in Huron with release of publication pending early in 2022.

A sampling of Wyatt Doty’s comic creations featuring his characters Willy the Bat and Owen the Bulldog.

Twenty-one-year-old Wyatt Doty is a Huron man whose many acquaintances are seemingly always in his mind and close at hand.

Doty’s goal since childhood has been to write a book featuring characters and stories of his own creation. Recently, he received notification that his dream is about to come true. Publication of his story featuring Autistic Man – defender of the disabled and the non-disabled, is pending release in early 2022.

Doty’s parents, Charles and Andrea Doty, and his maternal grandmother, Mari Lou Nienstedt said Wyatt was diagnosed with an autism spectrum disorder at about the age of 3. They said he has been drawing since he held something in his hand that would allow him to illustrate images from his mind onto paper.

“He’s also always loved animation,” Nienstedt said. “At a very young age, he has wanted a story or book published.”

Andrea Doty said Wyatt does not have a filter like other people and that helps him write stories and create his characters.

The concept of Autistic Man came about during a camping trip.

“I figured someone with autism could be a hero, and that is when I came up with Autistic Man,” Wyatt Doty said.

Doty said his character development started during his school years when a teacher told him to write a story about a bat and a farm. As a result, Willy the Bat was introduced and then came Owen, a bulldog. His inaugural characters were inspired by the relationship between SpongeBob Square Pants and Patrick from the popular cartoon series, he said.

“Willy is pretty much my Mickey Mouse,” he said.

Doty is a 2019 graduate of Atchison County Community Junior Senior High School. In his post-high school years, his comic strips and list of characters has continued to grow as have the antics of Willy and Owen. Willy has a love interest named Molly, and Ralph is Willy’s rival for her affection.

Doty’s portfolio includes his comics about three roosters, Robin, Robert and Robbie, a snake named Slithering Time and a pig named Suzy Q. He explained he’s currently developing a creature that is half spider and half frog. He referred to his fictional creature as a “spiderphibian.”

“Who knows, maybe Willy might cross over one day,” Doty said of possible future comic endeavors.

Fishing, family, using a sketchbook and writing are what Doty describes as his favorite things to do.

Doty said he is not sure how long he will pursue comics.

“Maybe I’ll take a break,” he said. “I’d like to start a cinematic universe, make some shows and video games and comic books.”