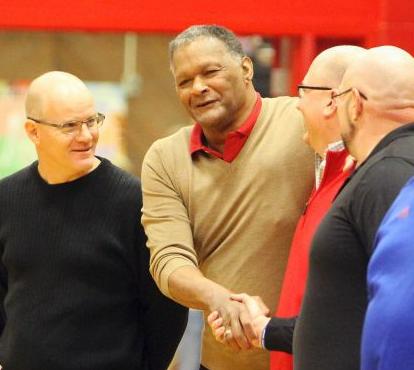 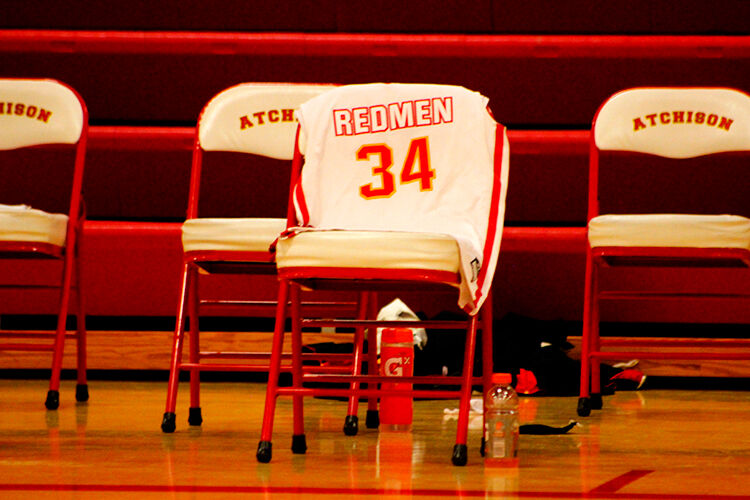 The Atchison boys basketball team honored former coach and player Matthew “Chic” Downing who passed away Monday morning by leaving an open seat on the bench with his number 34.

The Atchison boys basketball team honored former coach and player Matthew “Chic” Downing who passed away Monday morning by leaving an open seat on the bench with his number 34.

A moment of silence was held in his honor prior to Monday night’s home games at Atchison High.

Downing was a local Atchison legend as a Redmen player and coach, as well as a Benedictine player.

Downing won four state championships as a coach and two as a player for Atchison. Downing’s 255 wins at Atchison High School are the most in school history and he was named the KBCA Coach of the Year in 1985 and 1988.

Downing was named Kansas All-State in 1968 and then went on to play at Benedictine College.

Downing was a draft pick of the New York Knicks in 1972 and was a finalist for the Men’s Pan-American Basketball Team.

Downing is in a total of five Hall of Fames including the Kansas Sports Hall of Fame in 2016.

Chic loved attending as many events involving his children and grandchildren as he could. He also enjoyed dominoes, bid whist, blackjack, and his daily trips to Walmart to socialize.

Chic was preceded in death by his parents, Matthew (Junie) and Delores Downing; two sisters, Vicky Downing and Rogena Richards; and one son, Tyson Kyle Downing.

Members of the public will be able to pay their respects to Downing Friday, March 5, 2021 from 3 p.m. to 5 p.m. at Arensberg-Pruett Funeral Home. A private family service will be held at a separate time. Details are still pending.

For the full obit visit www.arensbergpruett.com.