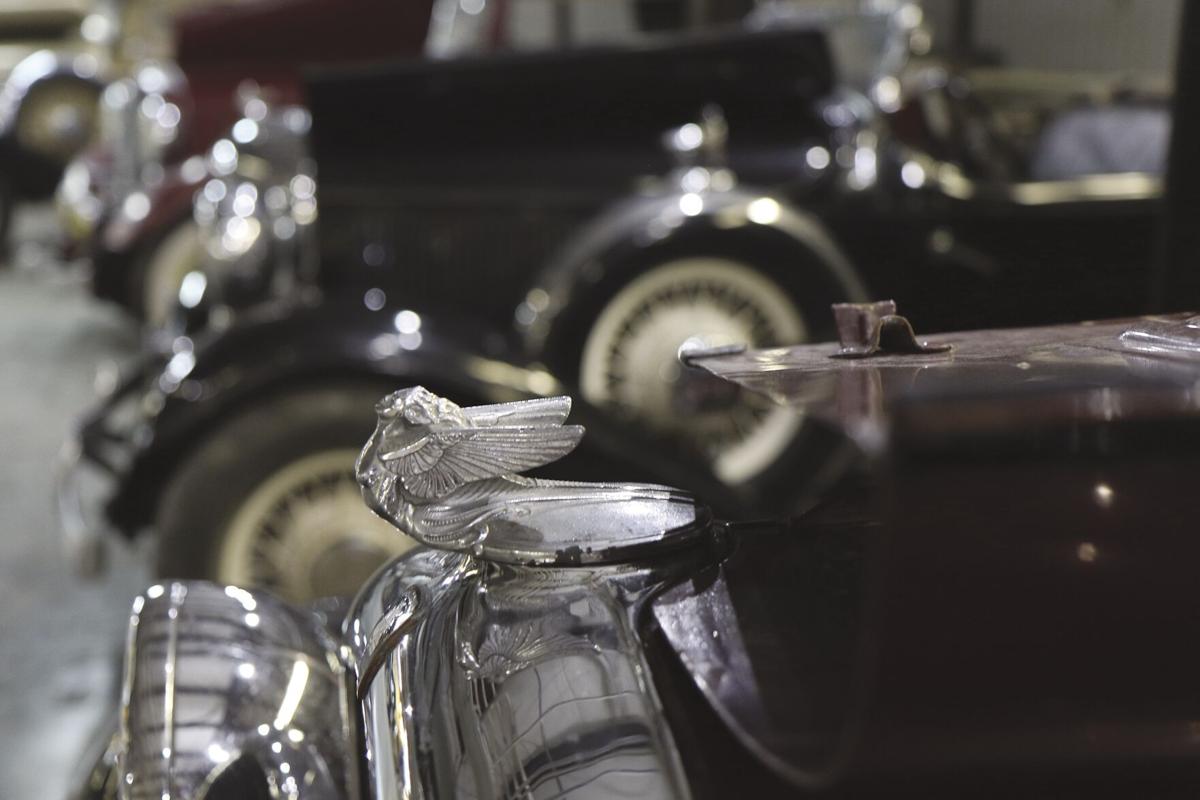 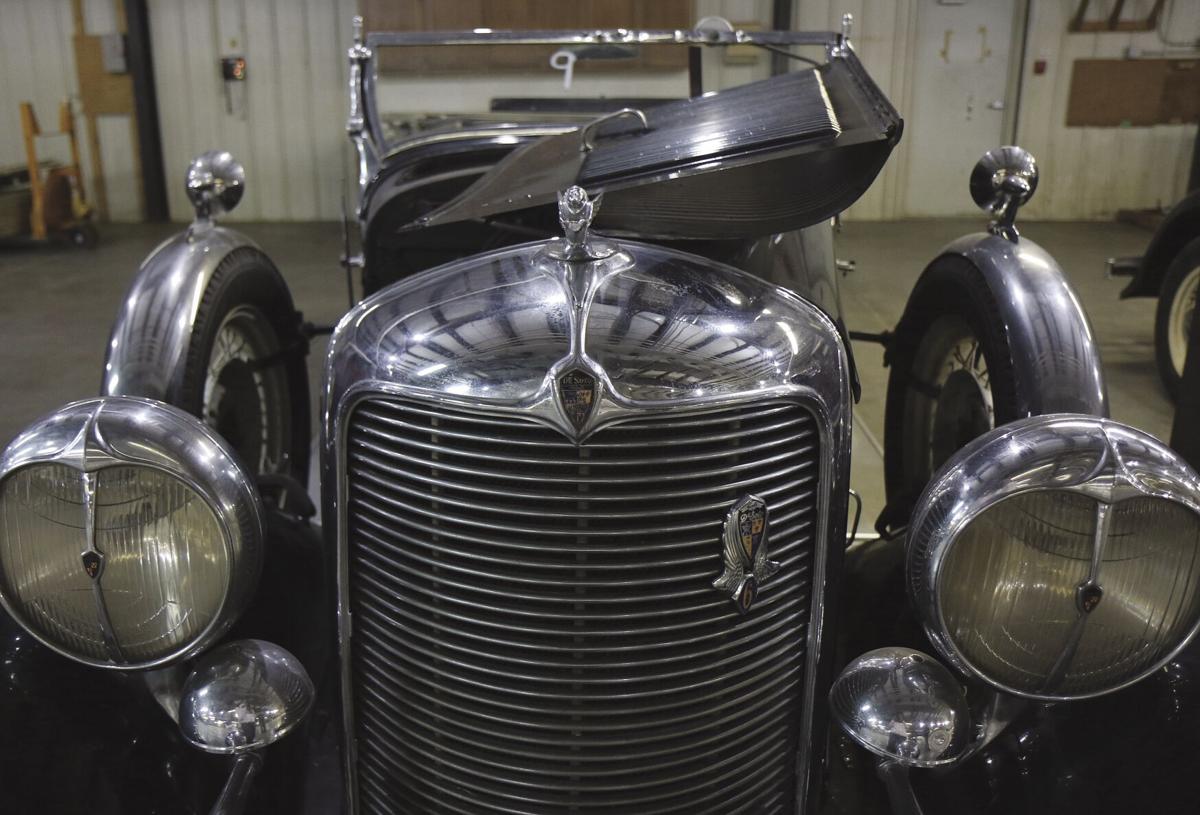 This 1932 DeSoto Roadster in Paul Adair’s collection is a rare find. 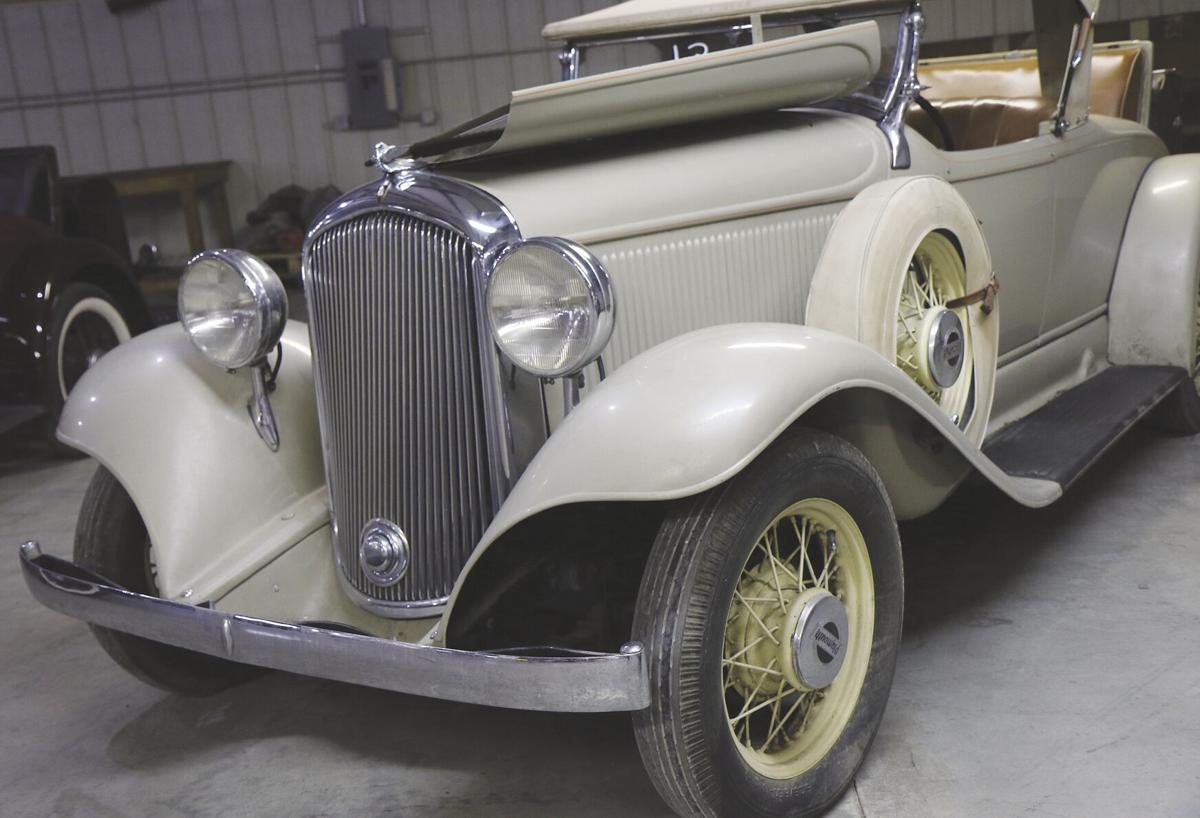 This 1932 convertible sedan shows is one of the touring cars in the Adair collection. 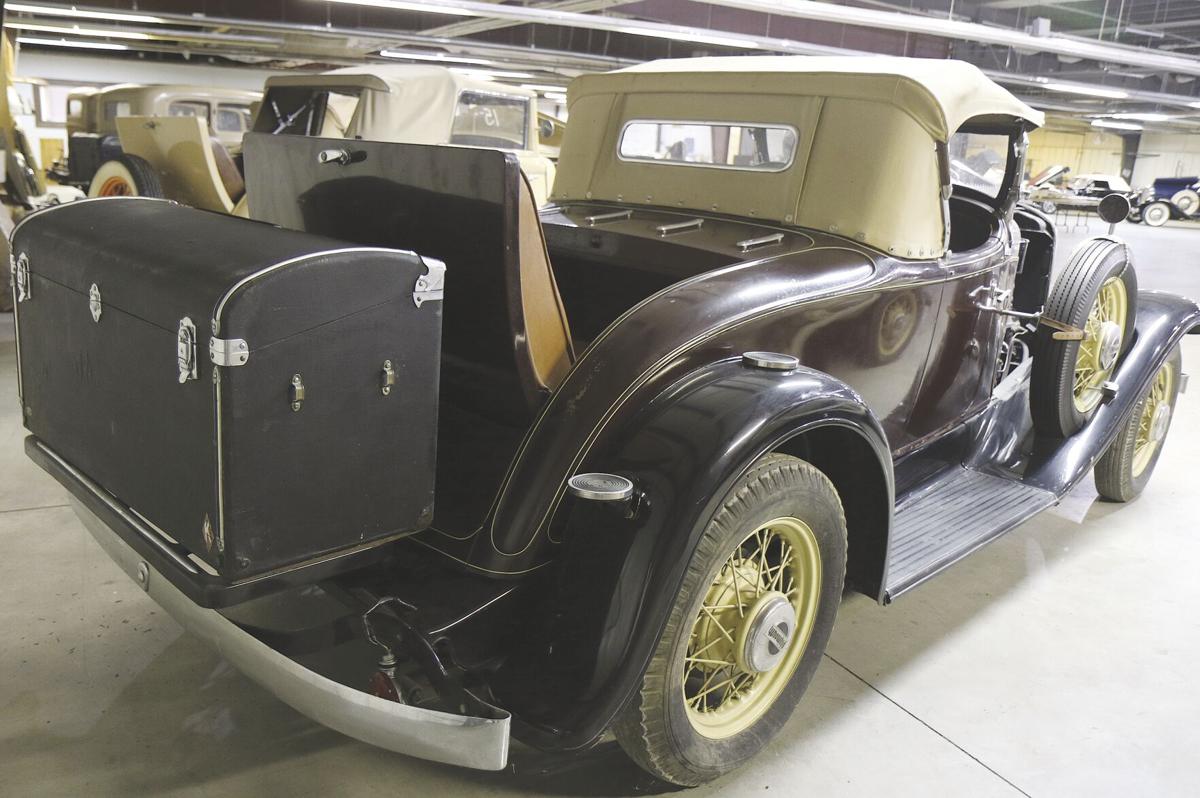 One of several 1932 vintage cars with a rumble seat and trunk in the late Paul Adair’s collection heading to the auction block. 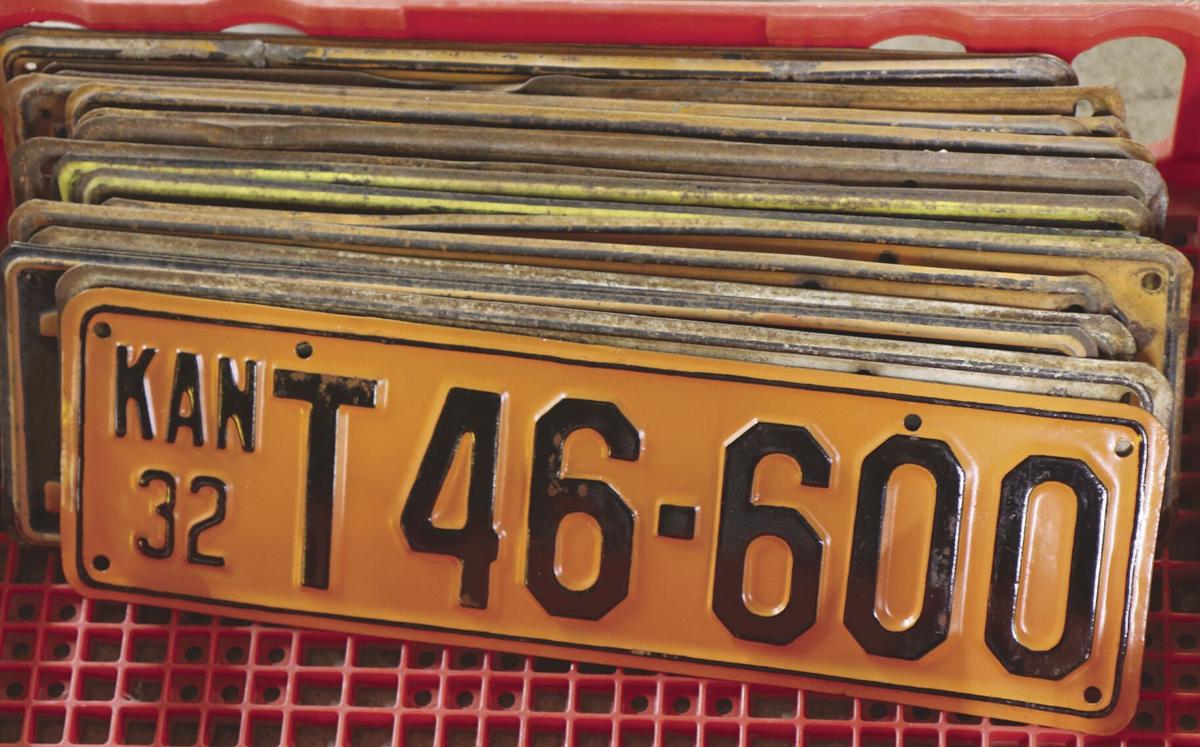 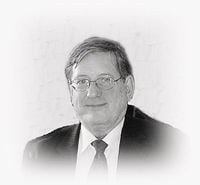 This 1932 DeSoto Roadster in Paul Adair’s collection is a rare find.

This 1932 convertible sedan shows is one of the touring cars in the Adair collection.

One of several 1932 vintage cars with a rumble seat and trunk in the late Paul Adair’s collection heading to the auction block.

About a year past his death, a mystique about Paul Adair — a longtime banker and community supporter — has emerged from the depths of a limestone cavern in Kansas City.

Adair had a little-known fascination with 1932 Chrysler-made automobiles and some other vintage fixtures and accessory items. More than 20 cars and other items will be available for public auction on Saturday in Atchison.

Adair’s longtime friend, Clark Pregont admitted he’s been one of the very few who knew for decades Adair had a collection of very rare cars stashed away. Adair had purchased from all over the world, Pregont said.

“It’s the best kept secret in Atchison,” Pregont said, “Paul never drove them, except he might have taken one or two to drive around Kansas City for a couple of days.”

Pregont said he does not know why Adair had such an attraction for these particular makes of the automobiles. He did share that Adair indicated to him at one time he thought it would be nice to open a private museum. Pregont of these particular models, and from that point speculated that might be why Adair acquired many parts to have on hand for restoration purposes.

One of the cars, in mid-restoration condition — meaning it has a very rough appearance — is thought to be one of less than 10 left in the world, Pregont and Eric Smith, antique auto expert agreed.

One of the rarities is Plymouth touring car that Adair acquired in 2004 from South Africa with a right side steering wheel, Smith said. The Plymouth car club members track the numbers of the vehicles and one they thought was out of existence as it turned out Adair had it in his collection.

Another rarity is a 1932 DeSoto roadster, and a DeSoto Special Delivery convertible sedan is only of 275 of its kind, Smith said.

One of the roadsters to be sold on t has only 1,300 actual miles, Pregont and Smith agreed.

Smith explained with the exception of two kit cars all the others are in original condition that will only need a with tune up with fuel line replacements after many years spent in storage.

Adair was an avid collector and most of the vintage cars and other items were acquired via eBay internet auctions.

Among the accessories are 1932 car tags, trunks, headlights, horns, manuals and other things.

Yvette VanDerBrink, of VanDerBrink Auctions, LLC invites all to view the collection that she expects to auction off Saturday, Nov. 14 from the former Lockwood building along Pratt Road. Visit http://bit.ly//Adair Auction to see individual photos and video of the unique collection.

VanDerBirink wrote in a press release that Adair’s family members, Marsha, his wife, and sons, Douglass and Alex, knew he was a car collector, but were unaware of its extent until after his death in November of 2019. It’s been about half a century since the pieces have been seen, Van DerBrink said.

Paul Adair, of the Exchange Bank & Trust, died Nov. 6, 2019 in Overland Park, according to his published obituary. Adair began his banking career in 1972 with Exchange and found enjoyment as studied the histories associated with Exchange Bank , the oldest bank in Kansas, the U.S. Civil War, Pony Express and Atchison.

During his life in Atchison, Adair was an active member of the Trinity Episcopal Church, and served on numerous boards that included the Atchison YMCA, Atchison Area United Way and North East Kanas Community Action Program. He was also involved with Atchison Rotary Club, Atchison County Historical Society, and the Bellevue Country Club.