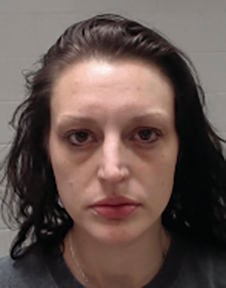 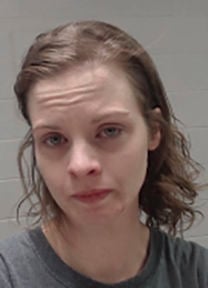 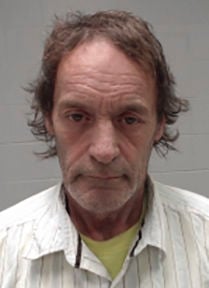 A parolee, a probationer and a convicted drug offender all are in jail after their arrests in connection with unrelated matters involving dangerous drugs within recent days.

Sheena M. Kley, 32, Heather A. Briscoe, 29, and Daniel K. Oswalt, 59, are all facing charges and remained in confinement Tuesday in the Atchison County Jail in lieu of their respective bond amounts. All three suspects have previous felony drug convictions. Formal charges have been filed according to information provided by the Atchison County Attorney’s Office.

Oswalt, of Achison, was taken into custody on an arrest warrant during the criminal docket on Friday, Nov. 15 in Atchison County District Court. The warrant arose from an Oct. 13 traffic stop that Atchison County Sheriff’s Office authorities conducted in the 1100 block of L St. in Atchison, Sheriff Jack Laurie reported.

Laurie said Oswalt was a passenger in the vehicle that was subjected to the stop when a Kansas Highway Patrol KP detected a suspect odor of narcotics. An investigation ensued. It was during the investigative course when methamphetamine, marijuana and multiple items of drug paraphernalia were seized as evidence. Oswalt’s bond is $50,000 bond.

Kley, of Rushville, Missouri, and Briscoe, an Atchison resident, were arrested for distribution and possession of methamphetamine after midnight on Nov. 16 in the 500 block of Park Street as the result of a sheriff’s office drug investigation. Authorities located methamphetamine, marijuana and paraphernalia, Laurie said.

Briscoe faces charges that include possession of methamphetamine, a felony, and misdemeanor counts for possession of marijuana and drug paraphernalia. Briscoe’s bond is in the amount of $10,000.

Kansas Criminal Justice Information reports indicate Kley was released June 5 for post-release supervision in connection after she most recently served time in prison for a felony fleeing or eluding law enforcement with five or more moving violations, the conviction arose from an April 8, 2018 incident. Kley also has served time for a 2016 conviction for felony theft; a 2012 felony conviction for obstruction of the legal process or official duty; and a 2012 felony drug conviction.

Briscoe is currently serving felony probation supervised by Atchison County Community Corrections for 2017convictions of no drug tax stamp and drug possession, according to the KCJI system.

Oswalt has served two terms in state prison arising from 1996 and 1998 drug convictions from the information obtained from the KCJI system.