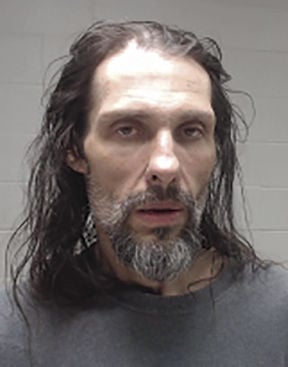 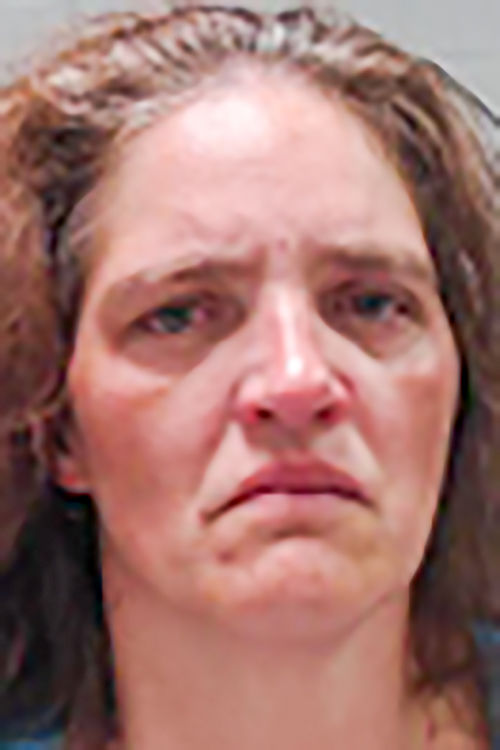 Formal felony charges are likely pending against following the arrest of a man and woman Thursday evening in connection with incidents unfolding from a police response in the 1500 block of Applegate Drive.

Police say 47-year-old Chad A. Stroble, of Atchison, and Bambi Richardson, 42, Leavenworth, were both arrested after officers received a call about a female banned from the Applegate apartment complex. Atchison Police Chief Mike Wilson said after police arrived at the scene, they found a 1998 Dodge van parked along Applegate Drive that they determined was one stolen Oct. 4 in Kansas City.

Officers located Richardson and apprehended her for criminal trespass and a bench warrant issued from Atchison County District Court for failure to appear in court for felony charges that include possession of methamphetamine, interference with law enforcement, attempted battery against law enforcement and misdemeanor theft. Police allege they discovered meth in Richardson’s possession and paraphernalia while they apprehended her.

The duo was present at the end of the criminal docket Friday morning in district court, bond was set at $10,000 for Stroble, and Troy-based Kelly Fuemmeler was appointed to serve as his defense counsel.

In addition to Richardson’s $10,000 bond that was set for her previous batch of charges that stemmed from a July 26 alleged shoplifting incident at Walmart, bond was set at $15,000 for her new case. Judd Herbster will continue to serve as her court-appointed defense counsel.

Atchison County Attorney Sherri Becker told the District Court Judge Robert Bednar that she had not read any arrest reports, but she anticipated she would receive them later in the morning. Charges are forthcoming contingent on the review of the case, Becker said.

A Globe news account indicated when police arrived at the Walmart crime scene, Richardson allegedly resisted arrest and kicked at an officer.

Information obtained from the Kansas Criminal Justice Information System indicates that Stroble was most recently discharged Feb. 28, 2017, a correctional facility. He has six previous felony convictions that include:

An attempted robbery from 1989 in Johnson County;

a 1999 Leavenworth County conviction for attempted contraband in a correctional institution;

a 1989 Shawnee County conviction for an aggravated juvenile delinquency;

and a 2015 Wyandotte County conviction for fleeing and/or attempt to elude law enforcement officers, a third conviction.

The Kansas Department of Correction Disciplinary Report since 1996 shows 97 different various infractions. Of these six are of a violent occurrence and 11 were of a threatening nature.