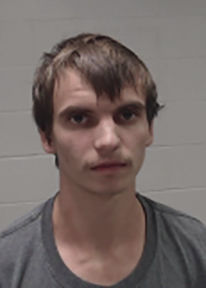 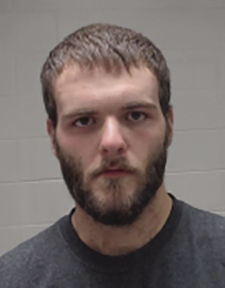 One of two Iowa men jailed in Atchison County for bringing an underage girl to town might be going home soon, while the other man’s visit might linger a while longer.

Johnathan C. Mclain, 20, and 21-year-old Nicholas S. Jackson, both of Des Moines, Iowa, were both arrested Nov. 9 and faced identical charges that included contributing to a child’s misconduct by sheltering or concealing a runaway and interference with law enforcement officers for falsely reporting information with intent to obstruct a law enforcement investigation.

Mclain pleaded guilty to felony contributing to a child’s misconduct on Dec. 13, 2019 in Atchison County District Court. On Friday, Jan. 24 in district court, Mclain was sentenced to 14 months in Kansas prison that was suspended to 18 months of supervised probation under the supervision of Atchison County Community Corrections.

Additionally, he is eligible for a 20 percent good time credit. However, the announcement of Mclain’s Kansas sentence was prolonged a bit until after some clarification concerning his criminal record from the state of Iowa. Kelly Fuemmeler, Mclain’s court-appointed defense counsel, Probation Officer Holly Sutley, Atchison County Court Services, and Corrections Officer Amber Lee agreed Mclain’s record in Iowa reflected youth offenses, but did not appear he’s owing Iowa any time behind bars. Mclain also received 76 days for his time served credit.

Jackson waived his right to an evidentiary hearing and admitted his guilt Friday to on one felony count interference with law enforcement officers. The remaining counts were dismissed. Sentencing for Jackson is tentatively on the court calendar 1 p.m. Monday, Feb. 14 in district court. He faces a potential between 5 to 17 months in Kansas prison for the crime.

Atchison County Attorney Sherri Becker said Jackson’s conviction stemmed from an investigation that centered on the runaway girl. Jackson lied to officers and denied he was acquainted with the girl when officers questioned him about the girl in the Riverfront Park area.