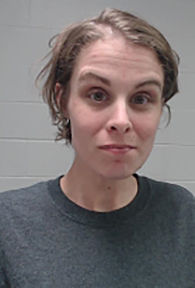 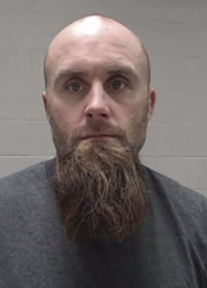 A Sabetha woman’s weekend jaunt through Atchison landed her a jail stay after suspicions arose concerning some dangerous drugs found in her possession.

Kathryn Meugniot, 32, faces a formal felony complaint filed against her in Atchison County District Court. The complaint alleges Meugniot was in possession of meth with intent to distribute and one misdemeanor charge of possession of drug paraphernalia. Meuginot also faces one count of misdemeanor theft in connection with an unrelated incident that involved an alleged shoplifting at Walmart. As of Friday, Meugniot remained in Atchison County Jail in lieu of a $25,000 bond.

Meugniot was present for the criminal docket Monday in district court. She indicated her intent to apply for court-appointed defense counsel to represent her. Her next appointment is for the 1 p.m. criminal docket on Monday, Dec. 16 with her attorney.

Atchison police arrested Meugniot after an officer conducted a traffic stop about 10:20 p.m. in the 1700 block of South Sixth Street said Atchison Police Chief Mike Wilson. The driver, Charles Barrand, 40, of St. Joseph, Missouri, was in possession of marijuana and wanted for warrants in Brown and Jackson counties for theft, failure to appear in court and failure to register as a violent offender. Barrand is currently facing misdemeanor charges in Atchison County. His bond was set at $2,500.

The meth charge against Meugniot arose from an allegation that she was in possession of a quantity of more than 3.5 grams, but less than 100 grams. Meugniot was a passenger in the vehicle Barrand drove.