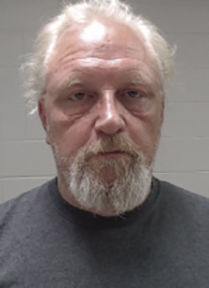 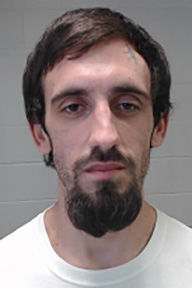 Two Atchison men both convicted in separate cases for their involvement with supplying dangerous drugs in the community will likely be off the streets and roadways for multiple years.

Ross D. Blanc, 49, and 27-year-old David K. Pickens were each sentenced Friday, Jan. 24, in Atchison County District Court. Gregory Robinson, a Lawrence-based attorney, served as the court-appointed defense counsel for each of the defendants.

Blanc and Pickens were each given their respective notices to inform them of their duties to register as drug offenders. The men are repeat drug offenders, and were each convicted on Dec. 13, 2019, by way of the respective pleas they entered in district court.

Each defendant was subject to a special Kansas Sentencing Guidelines rule meaning their respective fates would result in time to serve in prison. Robinson asked District Court Judge Robert Bednar to consider concurrent sentences for Blanc instead of consecutive to one another.

Atchison County Attorney Sherri Becker objected to any departure from the special rule for Blanc because he has a history of drug distribution. Becker said it was a few months after Blanc was released on parole from prison when his latest arrest involved one of the largest amounts of methamphetamine in Atchison County.

The sentencing scheme for each defendant plays out as follows:

Blanc was sentenced to 108 months for possession of a controlled substance with intent to distribute the controlled substance. He also has 36 months of post-release supervision; and for felony possession of drug paraphernalia with intent to distribute he was handed 11 months in prison and a 12-month post-release supervision to run concurrent. Blanc was deemed eligible for 15 percent good time credit. The special rule applied because Blanc was on parole at the time the most recent crime was committed.

Pickens was handed a 68-month sentence in state prison for possession of a controlled substance with intent to distribute that arose from an Aug. 21, 2019 incident. Pickens is eligible for 20 percent good time credit. Post-release supervision was set for 36 months. The special rule applied because the crime was committed while he was served felony probation arising from a 2018 felony drug conviction. Pickens’ 2018 probation was revoked and he was ordered to serve the original 30-month sentence that was re-imposed.

Pickens new sentence will start after the sentence related to the previous drug case. Pickens was arrested Aug. 29, 2019 he was a passenger in a car driven by another male. The vehicle was involved in a pursuit that ended in flood waters in Platte County, Missouri. The driver exited the vehicle and fled the scene. Pickens exited the vehicle, and surrendered himself to authorities. At the time he was in possession of one gram of meth.