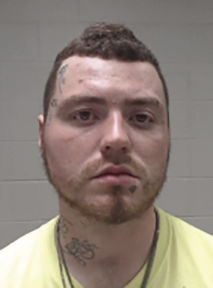 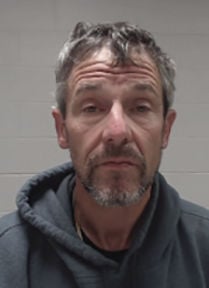 Two Atchison men, Benjamin W. Ervin and Jason Jay Thomas landed jail stays earlier this week as the result of their unrelated arrests for dangerous drugs in their possession.

Atchison police officers arrested Ervin, 24, after they responded after 7 p.m. Tuesday, Oct. 15, to Walmart concerning a theft investigation of merchandise valued at $100, said Atchison Police Chief Mike Wilson. Ervin was taken into custody. Heroin, drug paraphernalia and a handgun were found on his person, Wilson said.

A complaint was formally filed against Ervin on Wednesday in Atchison County District Court that included criminal in possession of a firearm within five years of a felony conviction and possession of heroin, both felonies. Ervin also faces possession of drug paraphernalia and theft, both are misdemeanor offenses.

Ervin bailed out of jail on Thursday after a $15,000 supervised bond was posted on his own behalf. He is scheduled for a 9 a.m. criminal docket appointment for 9 a.m. Friday, Oct. 25, in district court.

Atchison County Sheriff Jack Laurie reported Thomas, 48, was arrested about 6:16 p.m. Sunday, Oct. 13, after he was stopped for a traffic infraction in the 1100 block of L Street within Atchison city limits. A Kansas Highway Patrol K-9 Unit authority conducted a vehicle search.

A narcotics odor was detected. During the course of the investigation that ensued, methamphetamine and multiple drug paraphernalia items were seized, which led to his arrest on drug charges. Thomas was booked into the county jail where he remained Thursday on $30,000 bond.

He was also cited for no turn signal, a traffic infraction.

Thomas heard the formal charges announced to him during the 9 a.m. criminal docket Friday in district court. Attorney Rex Lane was appointed to serve as defense counsel. Lane requested a bond screen to possibly modify it to a lower amount.

Thomas’ next court appointment was set for the 9 a.m. Friday, Nov. 8, criminal docket.