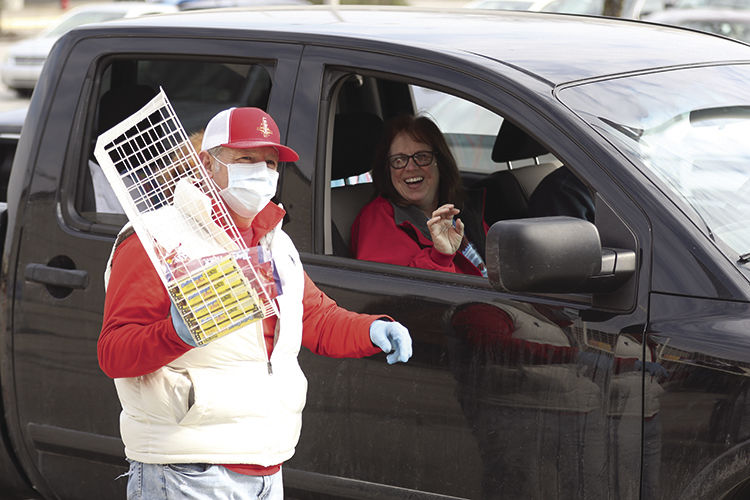 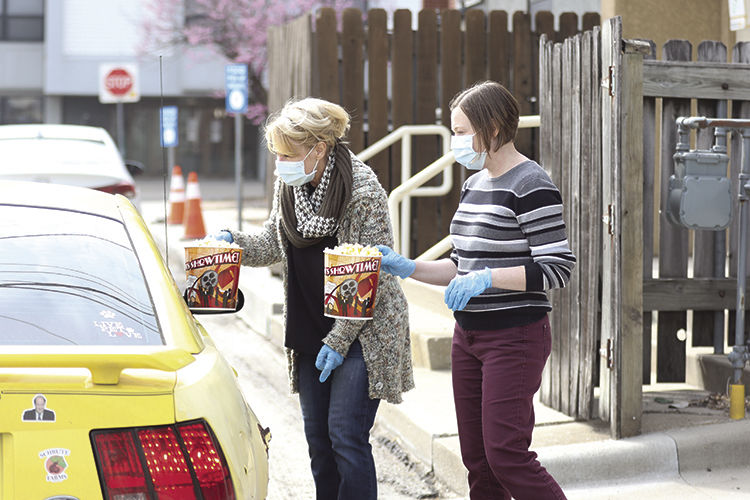 Despite being closed to normal operations since last month, Fox Theatre Atchison has come up with a unique way to provide their services to the community.

The theatre sold large-sized popcorn and candy out in drive-through style outside of the back of the theatre last Friday evening, and it will do so again from 4 p.m. to 6 p.m. on Friday, April 17, and at future events.

Executive Director Travis Grossman said he and other theatre members had talked about offering this type of service.

“We’ve been closed for four weeks now and we wanted to do something,” Grossman said. “A lot of restaurants were doing curbside delivery and we thought it would be something we could offer.”

Grossman knew he had to act on the idea once he found out that Walmart was in fact out of pre-popped popcorn.

“I heard from a friend of mine that said Walmart is out of popcorn,” Grossman said. “I was like ‘are you serious?’ and thought, ‘Well, there is my chance.’”

Grossman took to social media to promote the event and saw plenty of interest from the public.

Is a Night in the Hospital Necessary After Hip, Knee Replacement?

“I put a post out on Facebook and within three days we had over almost eleven thousand people look at it,” Grossman said. “It was shared almost 200 hundred times.”

The event as a whole was a major success for the theatre with lines of cars often going out the drive through during the two hours.

“The turnout has been great and I’d say I’m surprised but with the attention it received on Facebook I was kind of hoping for this,” Grossman said. “It’s going to put a little money in the bank, which never hurts and helps get rid of some of the inventory we had.”

Grossman also said he is optimistic about the theatre being able to open in time for what will be a rather unorthodox summer movie season and touched on some other plans they have coming this summer.

“I think we will be getting open before Hollywood starts sending all the big summer films down the pike,” Grossman said. “For us that means we’ll get our staff back to work from furlough and we have some special events that we’re planning with a couple local restaurants and some realtors that are really exciting. I’m going to wait to announce those.”

The theatre is expected to continue to sell movie Theatre popcorn and candy every Friday for the next few weeks at the same time.