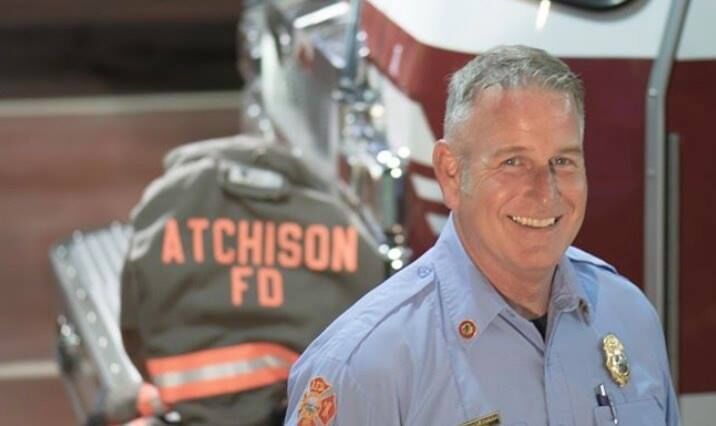 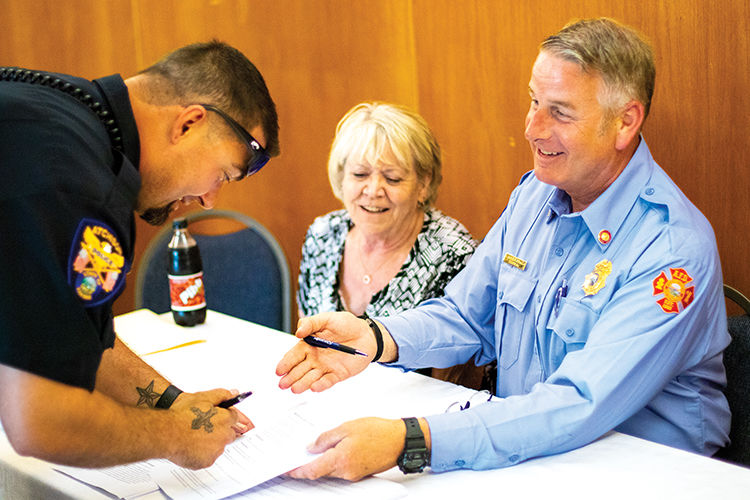 Weishaar was named Deputy Fire Chief in January of 2020 and has served as the interim chief since Ted Graf stepped down in January of this year. Weishaar is a native of nearby Nortonville and joined the department in 1999. After 13 years as a firefighter, he was promoted to lieutenant in 2012 and to captain in 2017.

Berger said Weishaar has earned and worked his way to this position since taking over.

“Since taking the role as interim chief, Pat has been innovative and stepped up to lead the department in an efficient and effective way,” Berger said. “He has earned the right to remove the interim tag from his job title.”

Weishaar has several fire department-related technical and administrative certifications and has been the department’s code enforcement officer since 2014. He manages the lighting system for the Amelia Earhart Memorial Bridge, serves on several boards and committees within the community and was recently named the city’s Administrative Hearings Officer.

Weishaar began his professional career in Atchison, working for Litwin’s clothing store, while attending college. Before joining the department, Weishaar worked as an administrator for the

Jones Store Company in Kansas City and Topeka before moving to Atchison in the mid 1990’s to raise his family. Prior to working for the AFD, Pat worked locally for Blish-Mize.

“I’m excited to serve in this new role. I have had many great mentors throughout my career with the department and have established many positive relationships working in community,” Weishaar said. “I’m proud to serve our citizens and continue the exceptional reputation and legacy of the Atchison Fire Department.”

© Copyright 2021 Atchison Daily Globe, 308 Commercial Street Atchison, KS | Privacy Policy
Powered by BLOX Content Management System from TownNews.com.
From concerts to parades, festivals and more, Atchison Globe is the place to find out about events in the community.
Unlimited Digital Access
Only 25¢/ week