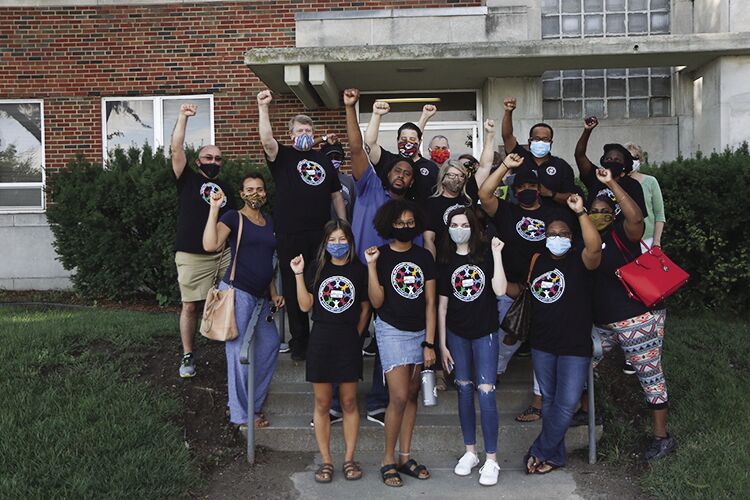 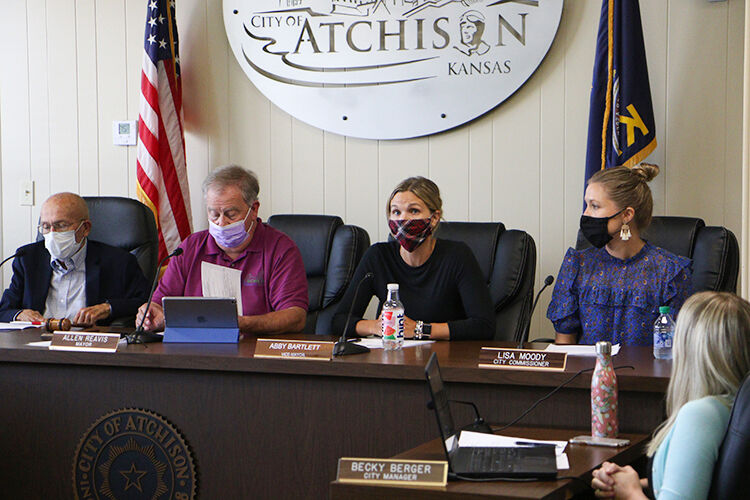 Vice Mayor Abby Bartlett addresses the rest of City Commission about the importance of changing the name of Division Street. Bartlett was one of the many voices who called for the change.

Vice Mayor Abby Bartlett addresses the rest of City Commission about the importance of changing the name of Division Street. Bartlett was one of the many voices who called for the change.

The name of a part of the Atchison community that has for many years been seen as a symbol of racism and segregation will be changed.

The Atchison City Commission approved the ordinance by a 5-0 vote Monday evening to rename the road as Unity Street with the official date of change as of Oct. 1.

“We are very happy that the city commission stood with us to remove Division and voted for Unity in our community,” Sean Crittendon, founder of Atchison United and a USD 409 board member, said. “Our commission is paving the way to a brighter future for all of the citizens of Atchison.”

Crittendon said the street was named to separate the city and the county, but that hasn’t been the lasting legacy of the area.

“In due time Division Street evolved into much more of a problematic divide in the Atchison community,” Crittendon said. “Even though that was not intended, it became reality for me.”

City Commissioner Lisa Moody said she and her husband, Ryan, the head coach for men’s basketball at Benedictine College, were even told about the dark stigma of the street when they moved to Atchison.

“The minute we moved here we were told, ‘Black people live north of Division and white people live south, that’s just the way it’s been.’” Moody said. “Obviously that’s not true, but it is a perception that is there and it needs to stop.”

Atchison United brought forth an expansive presentation before the commission with several testimonials from people around the community that had either seen, heard or experienced acts of racism that originated from the street’s reputation.

“Atchison United is proud of the city commissioners for taking such a positive step towards making Atchison a more unified city for people of all backgrounds,” the organization said in a statement. “Tonight is a testament to the effect that positive change and unity can have on a community, and Atchison United looks forward to continuing our mission of making Atchison a city that celebrates our diversity, unity and tolerance.”

Vice Mayor Abby Bartlett also helped spearhead the movement with some thoughtful and passionate words about building a better community.

“We as commissioners have promised our community moving forward that the vision of Atchison to be welcoming, hospitable and create a place for all,” Bartlett said. “We’re not doing that right now.”

Bartlett said the change simply needed to happen for the future of Atchison.

“We have to become an inclusive family friendly area to live in and our children to grow up in,” Bartlett said. “That is why I ran for city commission, for my children and my children’s children.”

Newly appointed commissioner Jesse Greenly said the renaming of the street is a step in the right direction but added more work needs to be done.

“If in fact we’re not willing to change minds and hearts, I don’t care what we name it,” Greenly said. “It’s going to be the same, but I believe it’s a step in the right direction.”

There was one person in attendance who spoke against the name change, Robert Peterson, who lives on Division Street.

He touched on how on both black and white people live on sides of the street but also just hoped for people who live on the street to be notified if indeed the name was changed.

“If this comes about I’d like to see the city send out a letter,” Peterson said. “A lot of people don’t even know this is going on.”