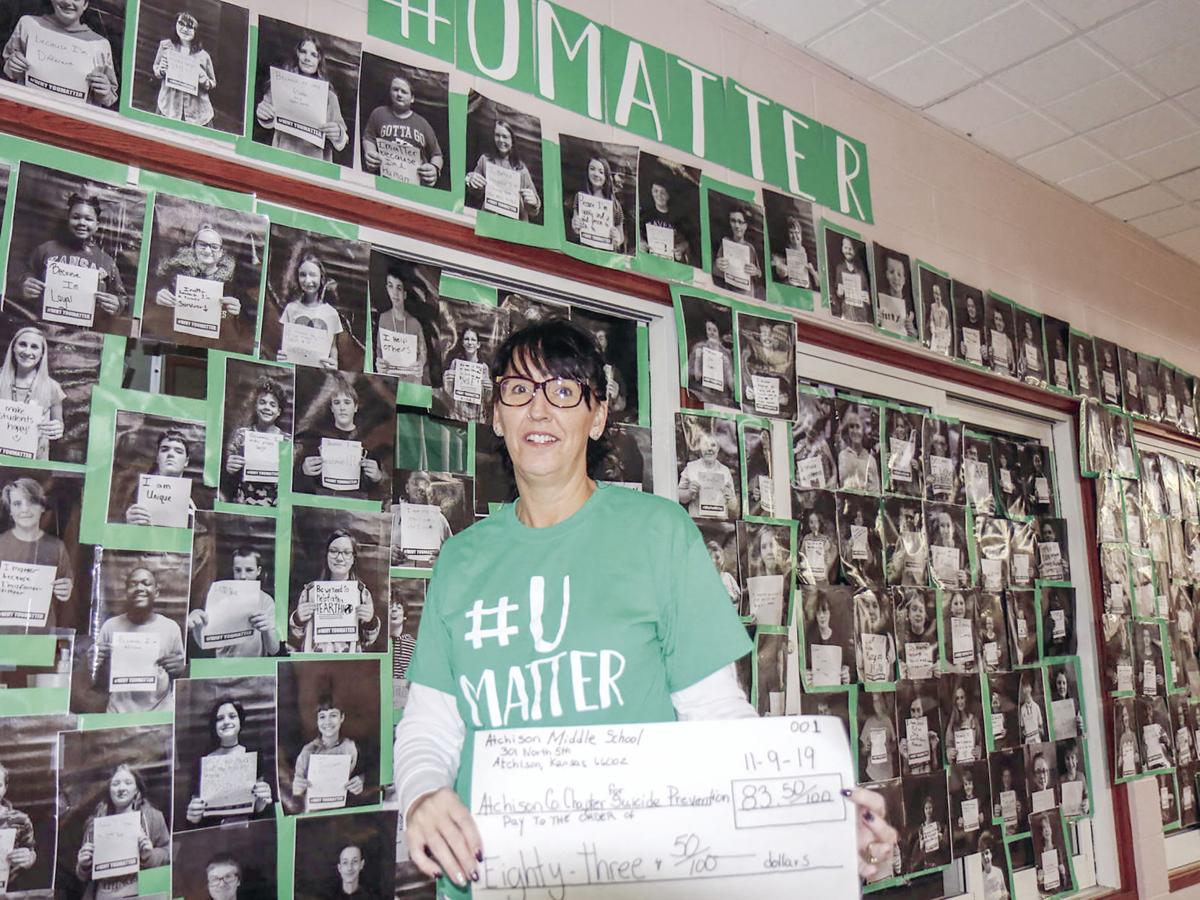 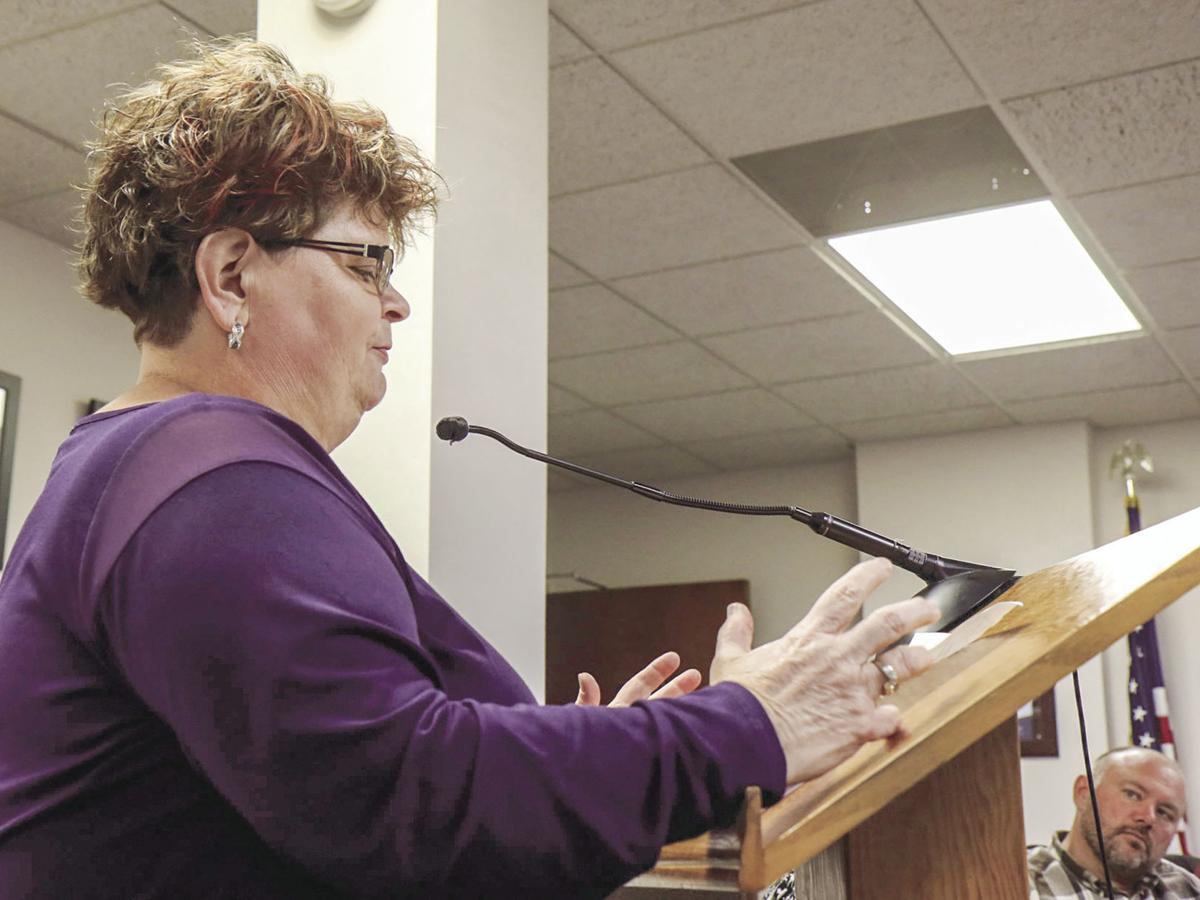 This is the message leaders of Atchison Middle School are hopeful the youngsters and staff will carry with them throughout the course of their lives.

AMS students and staff are winding down a #UMatter-themed program launched last September in honor of National Suicide Awareness Month.

AMS School Counselor Ronda McDaniel and Laura Bradfield, district psychologist, presented a USD 409 Board-approved “Signs of Suicide” program at each grade level. The program expanded to include photographs of the students along with their respective written messages touting why they matter. The images, displayed since the first quarter Parent Teacher Conferences will remain in place throughout first semester.

Michelle Rasmussen, president of the Atchison County chapter of the American Foundation for Suicide Prevention, was on hand during a school assembly Friday, Nov. 8, to accept a check in the amount of $83.50 raised from special #UMatter T-shirt sales.

Rasmussen said she has been touched by the suicide of her father and knows how suicide affects surviving loved ones. Having formerly served as an Atchison Elementary School secretary, Rasmussen had developed a relationship with many of the current AMS students.

The countywide suicide prevention chapter was launched during September of 2018 with an inaugural Out of the Darkness Walk event at Jackson Park. Atchison County Suicide Prevention Chapter and walk event was organized in wake of the unexpected, tragic deaths of two Atchison High School students early in 2018. Although a second event was side-tracked, plans are in the works for 2020, Rasmussen said.

This self-driving car has no steering wheel or pedals

This family fled Puerto Rico for fear of more earthquakes

A signs of suicide curriculum for students in eighth-through 12th-grades was adopted during the second semester of the 2018 schoolyear.

During the public comment session, McDaniel personally addressed USD 409 Board of Education members at their Nov. 11 meeting. McDaniel advised that from 4:30 to 5:30 p.m. on Saturday, Nov. 23 along the Riverfront in observance of National Suicide Survivor Day there will be a candlelight vigil. At the memorial event, the Rev. Rachel Dannar, pastor of First Presbyterian Church will deliver a message and suicide survivors may read the names of their loved ones.

For more information, call the American Foundation for Suicide Prevention at 212-363-3500.