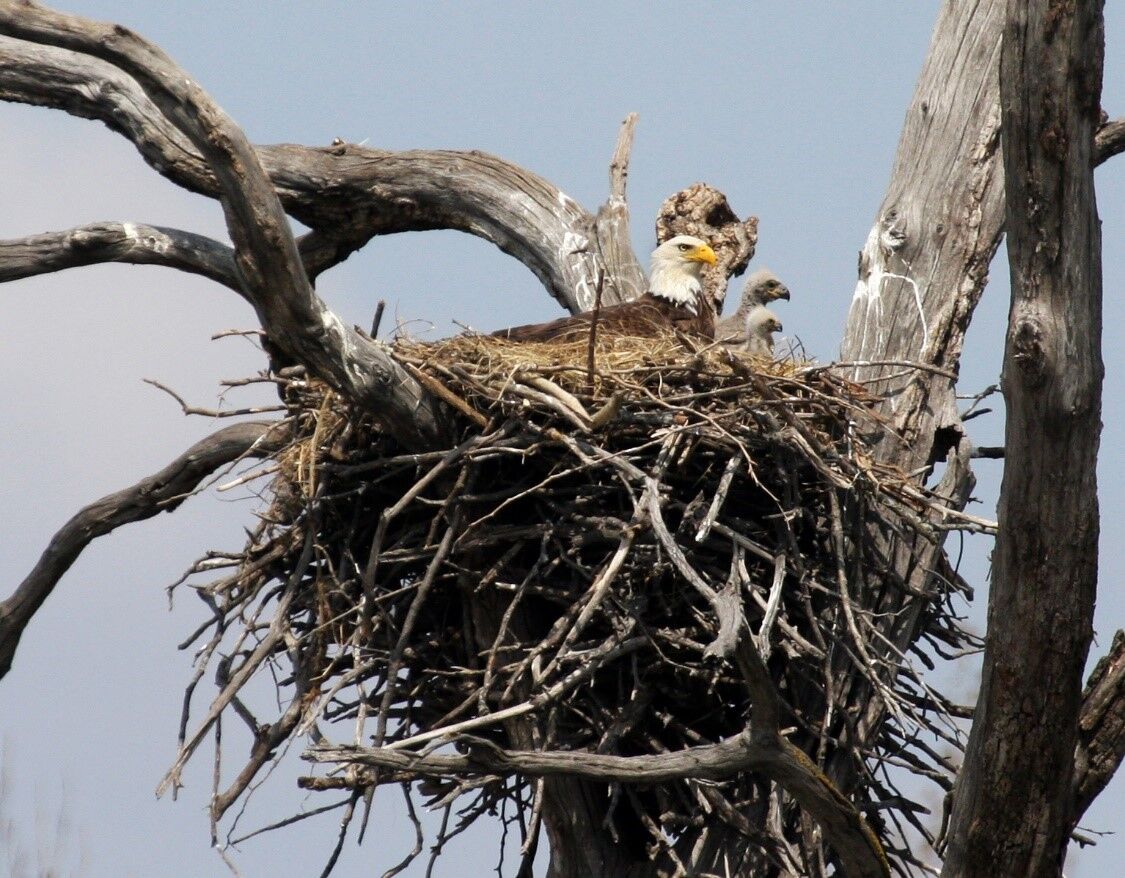 Michael Watkins, a wildlife biologist, snapped this photo of a bald eagle in a nest. 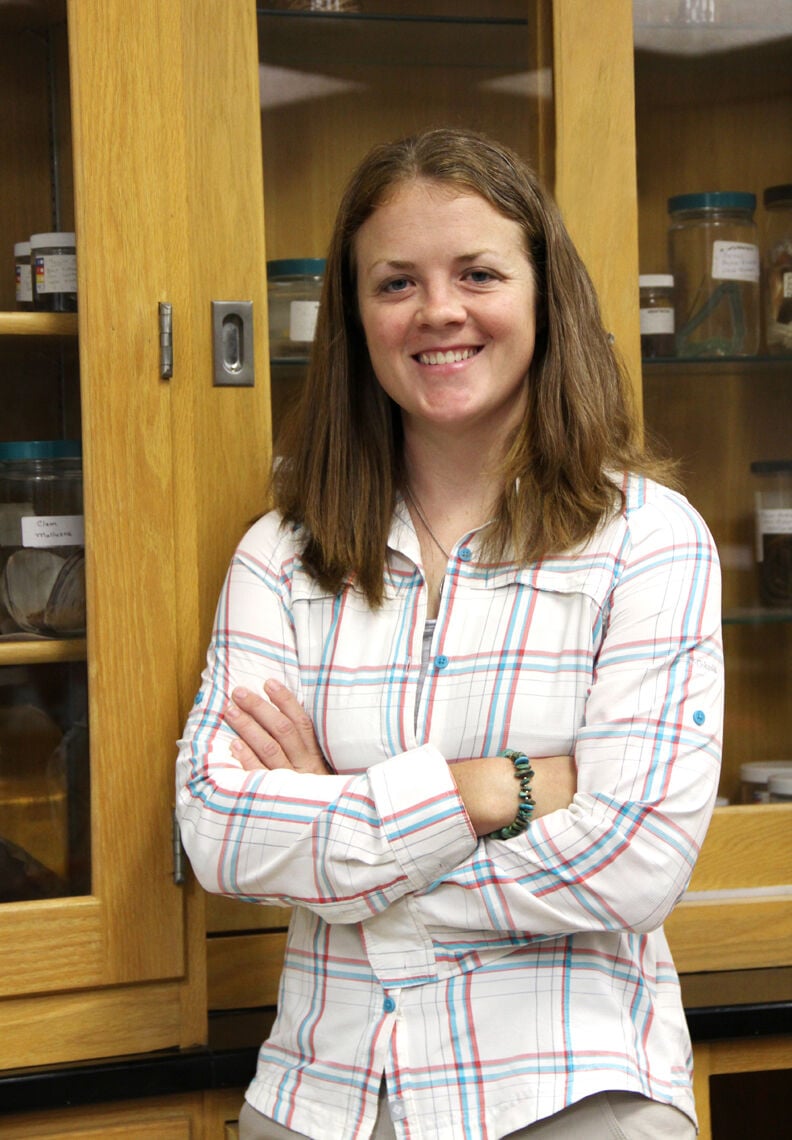 Pictured is Dr. Virginia Winder, an associate professor in the Biology Department at Benedictine College in Atchison.

Michael Watkins, a wildlife biologist, snapped this photo of a bald eagle in a nest.

Pictured is Dr. Virginia Winder, an associate professor in the Biology Department at Benedictine College in Atchison.

Bald Eagles once soared above the North American continent from Alaska to northern Mexico. Due to the widespread use of insecticides, the Bald Eagle population in the continental United States crashed through the 1950s and 1960s to the point that they were no longer seen in the state of Kansas.

When the first new Bald Eagle nest in Kansas was reported in 1989, hopes of a recovery blossomed and scientists from the U.S. Fish & Wildlife Service (USFWS) and U.S. Army Corps of Engineers (USACE), supported by a large team of volunteers, began work to help assure the resurgence of the species in the region. One of those scientists was Michael Watkins, a wildlife biologist with the USACE at the time.

“When the first Bald Eagle nest was reported at Clinton Lake, near Lawrence, Kansas, it was quite a surprise,” he said. “To be part of the team that developed the management plan for that first nesting territory was a real honor.”

Ginger Winder was just finishing first grade when this work began. Thirty years later, Dr. Virginia Winder, now an associate professor in the Biology Department at Benedictine College in Atchison, is co-author of a paper with Watkins that looks at the rebound of the state’s Bald Eagle population from that first nesting site in 1989 to 137 documented nesting pairs in 2018. It was published in the September issue of The Journal of Raptor Research.

“Mike is a great friend of my family,” Winder said. “Getting to work with him to publish this dataset after all these years has been really amazing for me.”

Winder, who has been published more than two dozen times with her own research on songbirds, prairie chicken habitats, the environmental impact of wind energy on wildlife, and other topics, said the paper, Thirty Years of Bald Eagle Population Recovery and Nesting Ecology in Kansas, 1989–2018, provides a quantification of Bald Eagle population growth, habitat selection for nesting territories, and trends in nesting attempts and success.

“Habitat in and around large artificial reservoirs was important for early colonizing nesting pairs,” she said. “However, as the population grew, nesting territories along river shorelines made up a larger proportion of the population.”

The Honey Pot Company is changing the feminine hygiene aisle

Biden says he would meet with Trump if Trump asked

Winder said capture-mark-resighting efforts with 272 banded individuals took place in parallel to nest monitoring efforts and allowed them to track nest success, recruitment of juveniles, and site fidelity for that portion of the breeding population in Kansas.

“One marked bird left a unique legacy within the recovering Bald Eagle population in Kansas,” she said.

Scientists banded the male Bald Eagle at the first documented active nesting site in 1989. Known as Eagle-E, he was part of an active reproductive attempt in this area every breeding season through 2017.

And nothing seems to be slowing the trend, with the paper noting continued increases in nesting sites each year.

“The nest monitoring project continues each year, and it will be exciting to see how and where the colonization of new nesting territories takes place,” Winder said. “Continued monitoring will tell us a lot about what will eventually limit population growth for this top predator.”