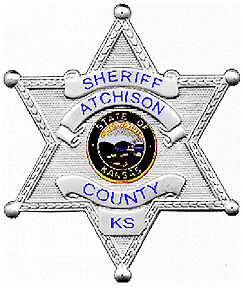 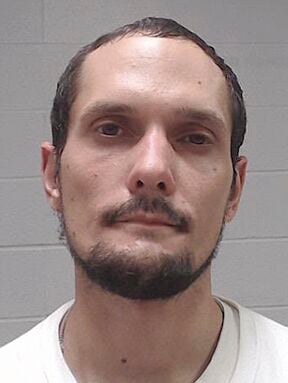 Authorities from the Atchison County Sheriff’s Office responded about 9:15 a.m. to the 8000 block of Pratt Road about a subject that had reportedly entered a residence without permission and asked residents for gasoline. A neighbor reported to deputies seeing a blue SUV backed into a vacant lot located east of the residence. Although the individual suspect was not located at the time, images of the suspect were available from residential surveillance cameras. About an hour later, a resident reported a male subject attempted to enter a residence in the 900 block of Pawnee Road who matched the description of the alleged suspect involved in the prior incident. A resident along Pawnee Road confronted the suspect and told him to leave the property. It’s alleged the suspect made threats and displayed a gun before he returned to the roadway.

Meanwhile, a female hid nearby. It was along the roadway where the suspect and the female were picked up by a person driving a silver pickup truck southbound along Pawnee Road. Sheriff’s office authorities worked to follow leads when Atchison Police Department authorities were called to a reported incident that involved an alleged aggravated assault, robbery and carjacking at Fourth Street and Kansas Avenue.

It was later when sheriff’s office authorities located and recovered the SUV that was parked south of a residence along Pawnee Road, the vehicle was reported stolen from a location in St. Joseph, Missouri.

The suspect was identified as 23-year-old Dakota W. Penland, St. Joseph. Penland is facing multiple charges that include criminal trespass, attempted aggravated burglary, aggravated assault, felon in possession of a firearm and felony theft of a vehicle.

Victoria I. Krogh, Atlantic, Iowa, 21, was arrested for an Atchison County District Court warrant for failure to appear.

A 35-year-old Atchison County Jail inmate Joseph J. Dyer allegedly walked away from work detail in the kitchen. Atchison County Sheriff Jack Laurie alleges Dyer was westbound in alley to Seventh Street where he was picked up and entered a vehicle a few blocks away from the jail. A description of the vehicle was obtained by deputies and announced over the communication system. Soon after, Atchison police officers followed the suspect vehicle until it crossed the Missouri state line eastbound. However, there was no attempt to stop the vehicle, Laurie said. The investigation continues and an affidavit has been filed to obtain an arrest warrant for Dyer who was jailed to serve a sentence in connection with a 2016 misdemeanor case.