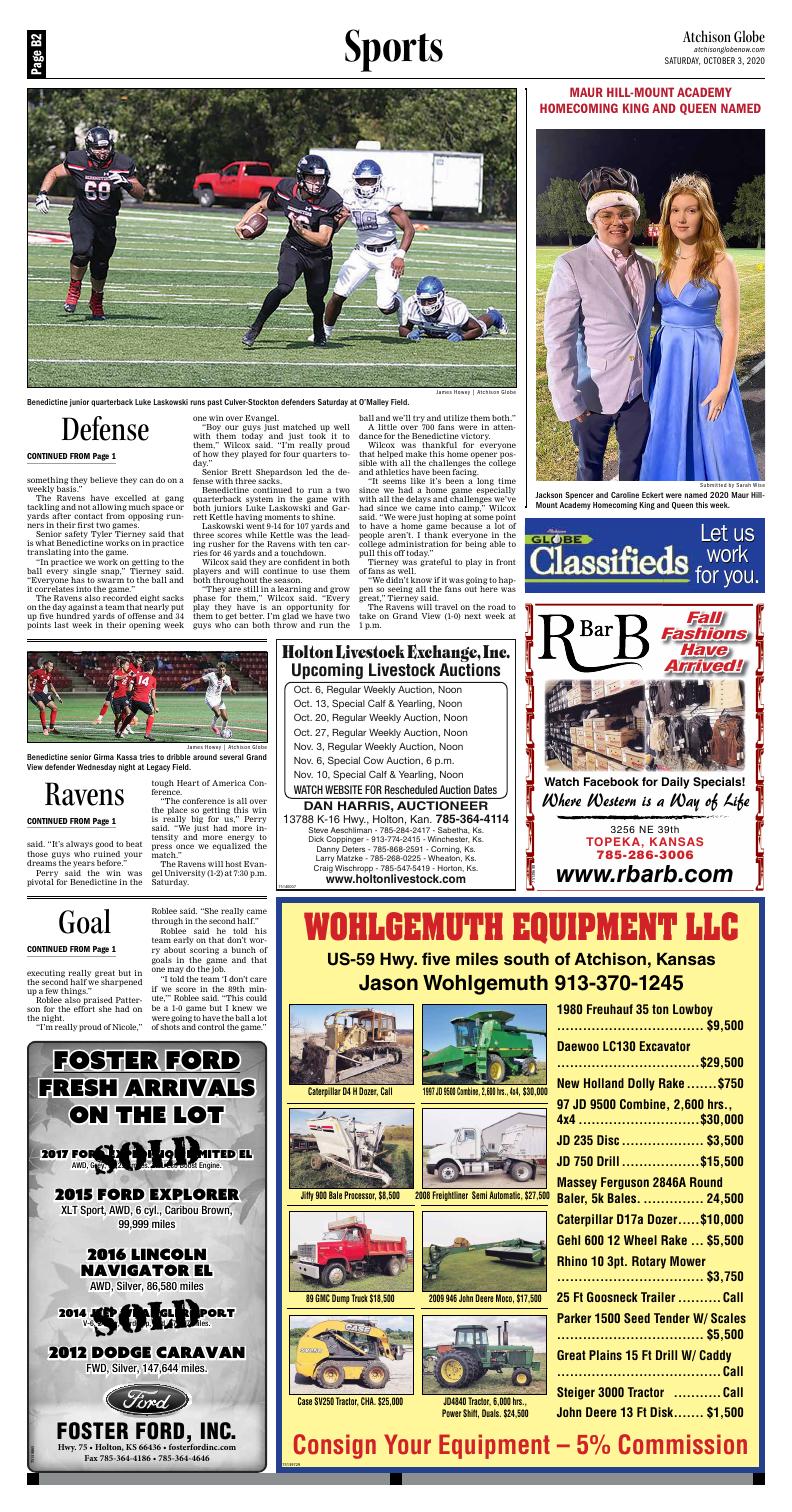 For the second straight week, the Benedictine defense besieged the opposing offense most of the day leading to a 33-9 win over Culver-Stockton Saturday in the home opener at Larry Wilcox Stadium.

The Ravens (2-0) forced five turnovers on the day, including three interceptions when the Wildcats (1-1) were in scoring position.

Coach Larry Wilcox said the defense aims to keep making those game changing type of plays throughout the season.

“That’s huge when you get that many turnovers,” Wilcox said. “That might be an anomaly but we hope that our defense will continue to do that on the year and I know it’s something they believe they can do on a weekly basis.”

The Ravens have excelled at gang tackling and not allowing much space or yards after contact from opposing runners in their first two games.

Senior safety Tyler Tierney said that is what Benedictine works on in practice translating into the game.

“In practice we work on getting to the ball every single snap,” Tierney said. “Everyone has to swarm to the ball and it correlates into the game.”

The Ravens also recorded eight sacks on the day against a team that nearly put up five hundred yards of offense and 34 points last week in their opening week one win over Evangel.

“Boy our guys just matched up well with them today and just took it to them,” Wilcox said. “I’m really proud of how they played for four quarters today.”

Benedictine continued to run a two quarterback system in the game with both juniors Luke Laskowski and Garrett Kettle having moments to shine.

Laskowski went 9-14 for 107 yards and three scores while Kettle was the leading rusher for the Ravens with ten carries for 46 yards and a touchdown.

Wilcox said they are confident in both players and will continue to use them both throughout the season.

“They are still in a learning and grow phase for them,” Wilcox said. “Every play they have is an opportunity for them to get better. I’m glad we have two guys who can both throw and run the ball and we’ll try and utilize them both.”

A little over 700 fans were in attendance for the Benedictine victory.

Wilcox was thankful for everyone that helped make this home opener possible with all the challenges the college and athletics have been facing.

“It seems like it’s been a long time since we had a home game especially with all the delays and challenges we’ve had since we came into camp,” Wilcox said. “We were just hoping at some point to have a home game because a lot of people aren’t. I thank everyone in the college administration for being able to pull this off today.”

Tierney was grateful to play in front of fans as well.

“We didn’t know if it was going to happen so seeing all the fans out here was great,” Tierney said. 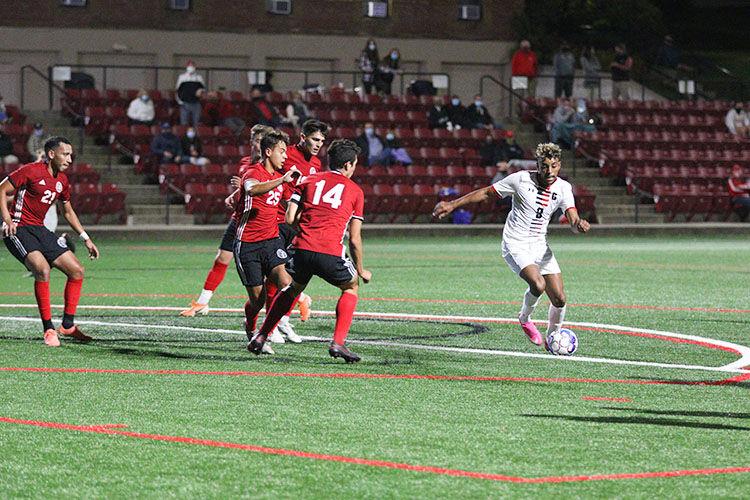 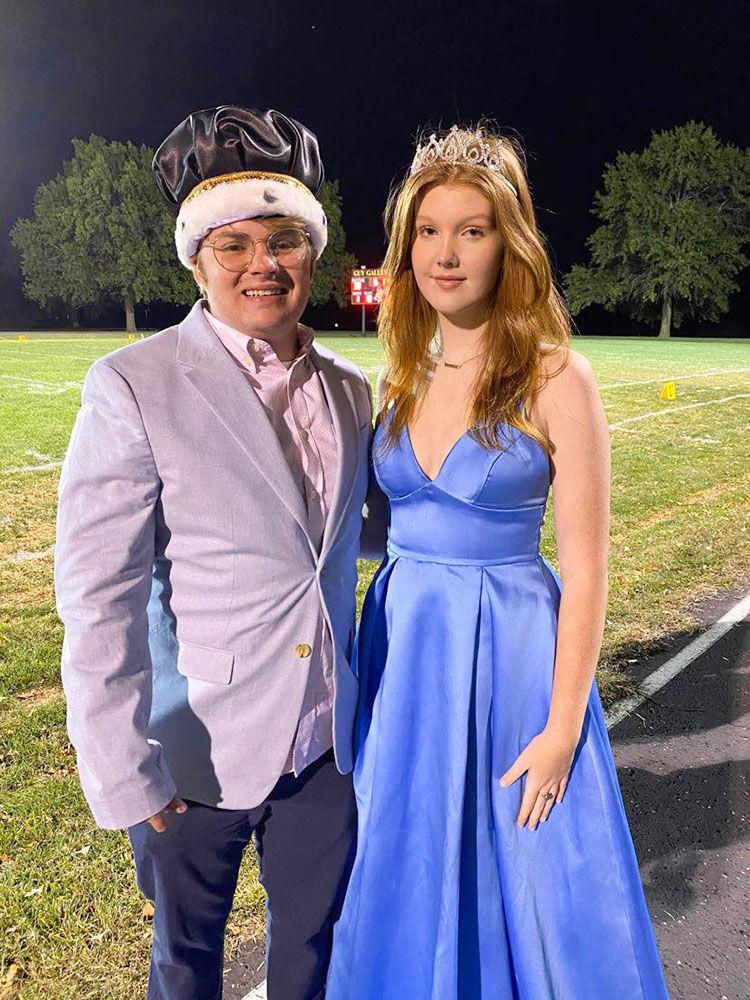 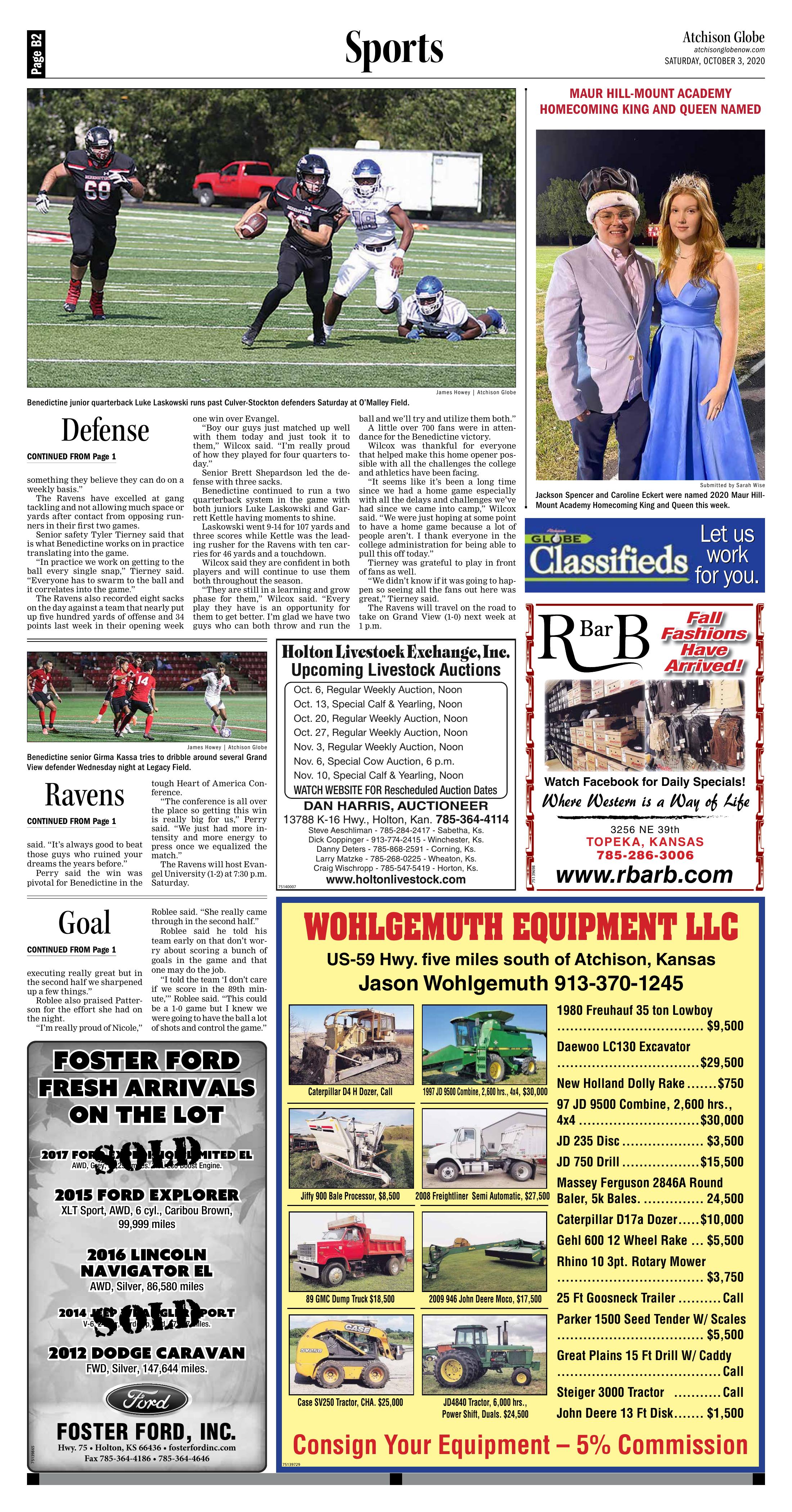